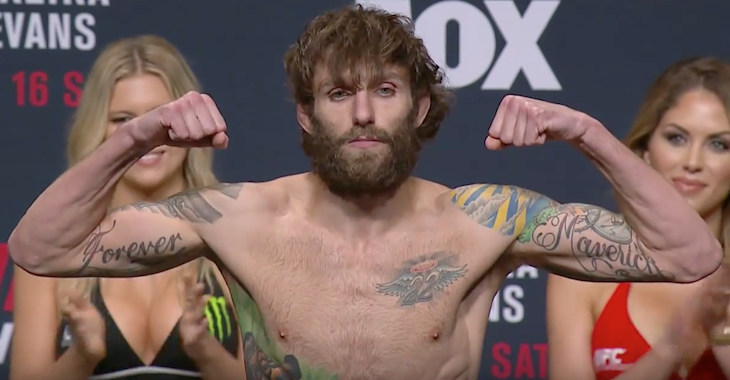 Friday afternoon at the UFC Summer Kickoff press conference, UFC lightweights Kevin Lee and Michael Chiesa were involved in a rather heated argument that led to a scuffle taking place between the two men. While security guards were quick to restrain Chiesa, Lee managed to land a clean right hand before security guards restrained him.

Ultimately, both man left the Q&A portion of the press conference before returning to the stage at the commencement to have their staredown. Following the incident, which may or may not see the two men punished, Michael Chiesa took to social media to release a statement on the matter, saying: “First and foremost, sorry to my friends, family, the UFC, my team for reacting the way I did. I pride myself on having very good temperament, I don’t ever get upset about anything. Nobody ever gets under my skin, but I can’t help it if someone talks about my mom. You’re gonna draw some emotion out of me, and that’s what happened. I let my emotions get the best of me. Won’t happen again, but in terms of another man talking about someone’s family. We’re out trying to promote fights, we’re out trying to bicker at each other back and forth and get some buzz going about our fights, and that guy wants to take it so far as to bring my mom into it. It’s very classless, that’s very low, and the best part is that in 44 days we get to fight about it. So, I’m going to focus on my training, I’m already in good shape, I’m gonna just keep do what I’m doing, and I’ll get my revenge in 44 days. If that cheap shot he landed on me is any indication of anything he’s in deep shit so…I mean I’m still ugly as fuck, but as I had 2 guys holding me back, he landed one nice flush cheap shot and safe to say that guy couldn’t punch his way out of a wet paper bag…”