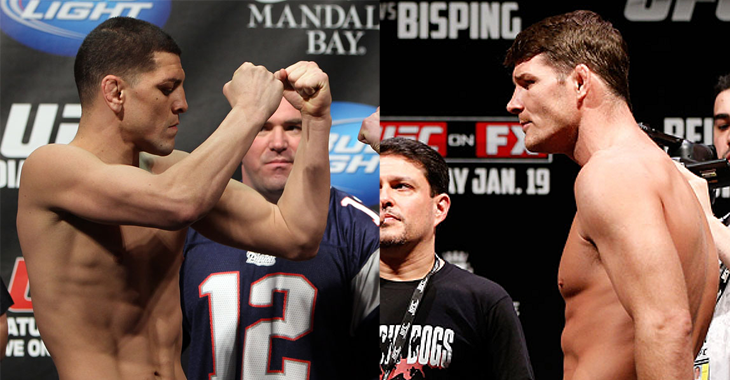 Another name has dropped on the list of opponents for the new UFC middleweight champion Michael Bisping.

Bisping opened up on his radio SiriusXM show “The Countdown” about recently hanging out with another big UFC draw that has been out of the loop with a suspension, but will be eligible to fight again in August.

When asked why Diaz wouldn’t want to fight for the UFC middleweight title, Bisping did not ask him at the time.

“For sure. I don’t know, he didn’t elaborate and to be honest I’d had a couple of drinks, so I didn’t really think to ask the question. He definitely wanted to fight at 178, which is kind of a curious weight. But there you go, there’s another potential name.”

What do you think about a non-title catchweight bout between Michael Bisping and Nick Diaz? Share your thoughts on the fight in the comments!