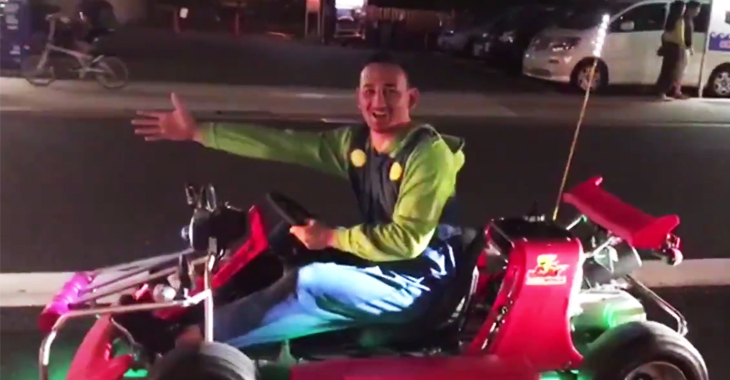 It’s good to be king, it’s even better to leave a kingdom of battles behind you and drive off into the sunset. Max Holloway had to fight through a ridiculous list of fighters as the UFC increased the game difficulty. He never lost a single life in ten fights after falling to Conor McGregor four years ago, then finally climbed all the way to the top to dethrone Jose Aldo. This is when a gamer like Holloway can enjoy the spoils of victory before someone else threatens his featherweight title.

What do you think of Max Holloway’s Luigi impression?@BlessedMMA hit the streets of Tokyo for some real life Mario Kart. pic.twitter.com/eHI2NA47CU

Max Holloway is currently on a tour of Japan that would make any “otaku” jealous. The new champ ripped up the streets of Tokyo in a Go Kart while in full Luigi cosplay. There were no bananas or shells thrown from “Holluigi”, so consider this his non-violent victory lap. It looks like he also found time to learn a little Sumo and have a nice dinner with living legend, Kazushi Sakuraba.

There hasn’t been any word on when Holloway will return and who he will fight, but the UFC is going to try and put together big cards at the end of the year and Frankie Edgar is probably pacing a hole in the floor.

At the time of this article, we’re still waiting to hear back from USADA on the out-of-competition use of psychedelic mushrooms that allow you to double in size.