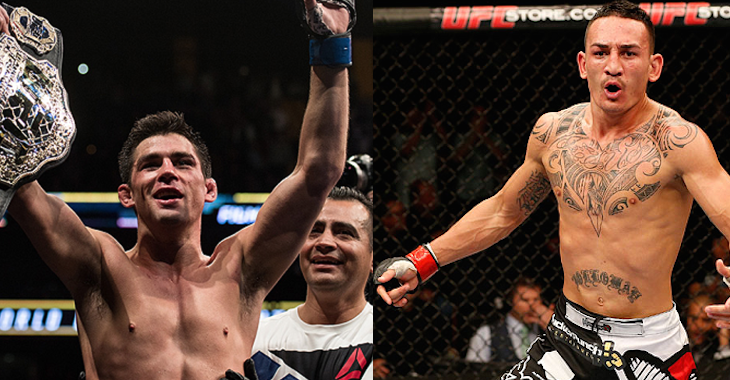 UFC featherweight Max Holloway currently holds the record for the highest consecutive win streak in the UFC without having earned a title shot.

Now, the “Blessed” Hawaiian is eagerly waiting for his chance at UFC gold and is making sure no one steps ahead of him.

UFC bantamweight champion Dominick Cruz recently stated that he will be ready in case Aldo or McGregor get injured for the UFC featherweight unification bout. However, when Holloway caught wind of Cruz’s comment, he made sure to address the bantamweight champ on twitter.

Holloway tweeted, “No disrespect @dominickcruz but if u want to come up to 145 u gotta get inline behind me… or go through me. #beenwaitingpatiently”

No disrespect @dominickcruz but if u want to come up to 145 u gotta get inline behind me… or go through me. #beenwaitingpatiently

While no announcement has been made for Conor McGregor vs. Jose Aldo 2 with McGregor already scheduled for his non-title welterweight rematch with Nate Diaz, you have to wonder what is next for Holloway?

Will the Hawaiian wait on the sidelines for an opportunity for the belt? Or perhaps a match with the next contender in Frankie Edgar is on the horizon? Let us know in the comment section who you would like to see Max Holloway meet in the Octagon next!