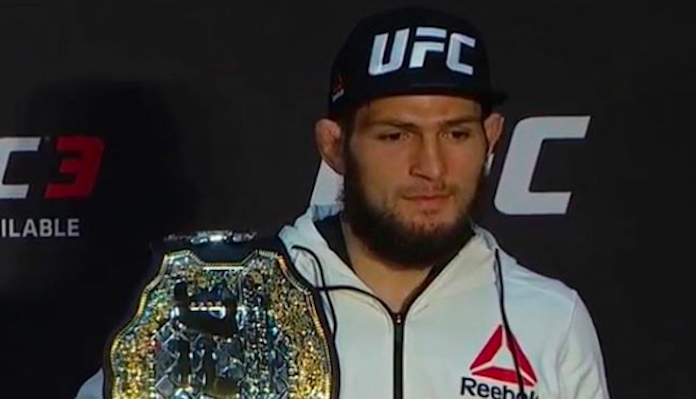 As always, Nurmagomedov’s world class grappling acumen served as a significant catalyst for his victory. This time around, however, Nurmagomedov’s striking—particularly his jab—also helped win him the fight. Though he was believed to be at a significant disadvantage on the feet against Iaquinta, the Russian spent significant portions of the fight engaging his foe in a striking battle, and surprisingly performed quite well.

Speaking at the UFC 223 post-fight press conference, Nurmagomedov explained his decision to strike with Iaquinta.

Why did @TeamKhabib decide to strike with Al Iaquinta in the later rounds of their #UFC223 main event fight? It turns out, he watched too much @MuhammadAli during the week. pic.twitter.com/KeGMNQnTqn

With his dominant triumph over the game Al Iaquinta, Khabib Nurmagomedov improved to an insane 26-0 overall—an almost unprecedented record in the perilous sport of mixed martial arts.

Going forward, it’s hard to say who Nurmagomedov will fight next, though Conor McGregor and Tony Ferguson would seem to be the frontrunners. Then again, neither of these opponents seem like shoe-ins for the Russian either, as McGregor is currently embroiled in a complicated legal situation, and UFC President Dana white recently reported he has no interesting in attempting to schedule a Nurmagomedov vs. Ferguson bout again.

Who do you want to see Khabib Nurmagomedov fight next?