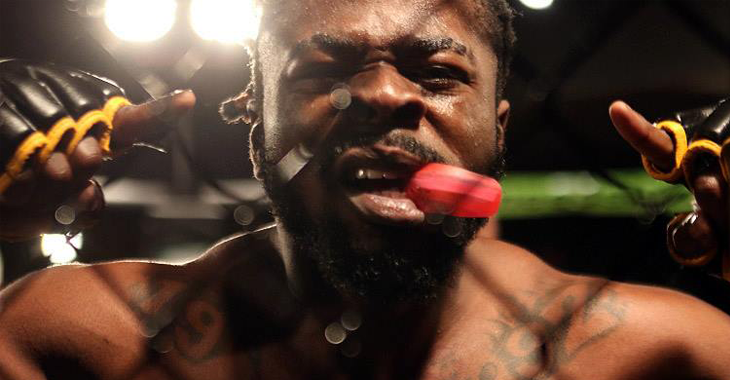 In his last controversial fight with Dada 5000 where he also happened to fail a drug test at Bellator 149, Spike TV said in a press release that a card with Slice on it once again broke a Bellator record. “Bellator 149 shattered viewership records for Bellator MMA, averaging 2 million viewers for the entire 3-hour fight card on Friday, February 19 (9:00-12:04am ET/PT), peaking with Kimbo Slice’s three-round brawl with Dada 5000 averaging 2.5 million viewers (11:16pm-11:30pm) and a 2.3 rating with Men 18-34. The main event featuring MMA legends Royce Gracie and Ken Shamrock drew 2.4 million viewers (11:54pm-11:57pm).”

While the fight between Slice and Dada 5000 was criticised by many, the fact that they had broken records for Bellator proved to be a statement of what caught people’s interest.

Will an offspring of Slice be able to garner a fanbase similar to his father? Time will tell as Kevin Ferguson Jr. who is also reffered to as “Baby Slice” just found success in his amateur MMA debut.

According to MMA Fighting, “Baby Slice” used his standup skills to TKO his opponent Tom Brink in just 1:23 at Warrior Nation: XFA XII, which took place on March 12th.

Although Kimbo has found success and fame from fighting, he didn’t want his son putting all his eggs into the basket of fighting.

“No, no, he didn’t want me to do it,” Ferguson Jr. said maybe half an hour after knocking out Brink (Transcribed by MMA Fighting). “He wanted me to go to school. That’s why I went to college. He told me to experience college first, and then if I’m not liking it or feeling it, then fine. But he said to never have MMA as my first option, school first.”

“I’ve been around [my father] my whole life,” he said. “So I got the knowledge of it. I guess when I got started, my first time training, I trained with him and I got beat up a lot. I didn’t want to do it no more. Then I found my way back to the gym, and I started loving it.”

Will “Baby Slice” be able to become as big of a star as his father? Time will tell as he gains experience in the game and looks to carry on the Ferguson name.