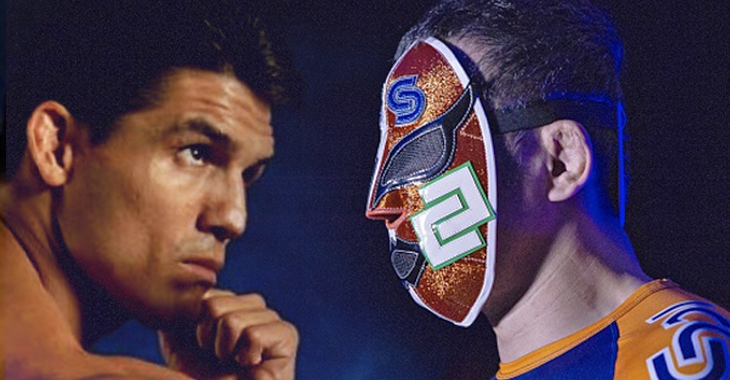 Two legends of MMA. We’re talking about literal combat sports architects here. Before Frank Shamrock was the first ever UFC light heavyweight champion and went on to hold belts in WEC and Strikeforce, he was fighting in Pancrase. Kazushi Sakuraba wiped out the Gracie family one-by-one long before they were demystified. Back when Sakuraba was kicking Royler Grace over and over again in the legs, if your name ended in ‘Gracie’ then you were pretty much invincible. These two deities of MMA never crossed paths in their lengthy careers, but in RIZIN we got to see them have a grappling match.

In the beginning of the grappling match, it was a battle of hands. Frank Shamrock even got a Pancrase flashback and accidentally-on-purpose palm thrusted Kazushi Sakuraba in the face. They just smiled and kept going with a war of grips, tie-ups, and shoves with the occasional unsuccessful ankle pick from both men. The problem was that it never progressed to anything else. Like the Test of Strength game in a pro wrestling match that never gets started. That illegal strike would go down as the best moment of their entire bout.

I dreamed of Sakuraba vs. Shamrock for years. In all those times, it never looked like that.

Whether it was our expectation and love for nostalgia that lured us in, or the incomparable aura of these two folk heroes of MMA, it didn’t live up to its high expectations. And maybe we were wrong for having them. The grappling match never even made it to the mat, the place where it probably should have started at to begin with. Both men, perhaps a decade past their primes, gave it their all though through the entire 10 minutes. Since it was submission only, when the timer ran out it was considered a draw. Huge respect and props to the men to put it all out there when they didn’t have to. They didn’t owe us anything, their careers speak for themselves. Yet still, they went out there and did it maybe for the same reasons we tuned in.