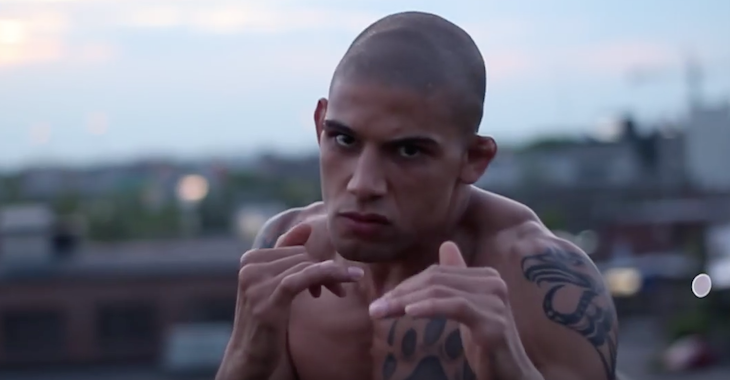 This is going to be a bombshell unless you already knew it. As you place your thumbs on a pair of analog sticks and take control over your favorite fighter in the new EA Sports UFC 3 video game, you should probably know that those fighters didn’t receive one single dime for being in the game. It’s a fact that UFC lightweight Kajan Johnson just can’t take anymore. He recently scolded the organization on the ‘insane’ notion and the other fighters who refuse to speak up.

“I think it’s disgraceful, actually. I think it’s insane [that UFC fighters aren’t compensated for having their likeness in the game]. I don’t understand how we’re supposed to be such a forward-thinking society, how we’re OK with a giant corporation exploiting the people like this. It doesn’t make any sense to me. Across every single other sport, whether it’s NFL, NBA, MLB, those athletes that are in that game are making money. If they’re using their face and their likeness and their name, they’re gonna be compensated for it. And we’re not — it’s not even on the table for discussion really.”

“Once again, the UFC has failed to look out for our best interests when negotiating with another company. It’s the UFC’s fault. It’s not EA’s fault. I have no problem with EA, I have no problem with the game, I got a problem with the UFC. Everybody and their f-cking dog is posting about this game. Are you not even thinking of the f-cking money that we all just lost? Are you not even thinking about this massive TV deal that’s coming through, that we’re getting zero points on? What the f-ck. On what planet? It’s insane. I’m heavily f-cking disappointed. I’m getting more and more disappointed with the rest of the fighters, because nobody is saying anything.” — Kajan Johnson speaking to Bloody Elbow.

Kajan Johnson is one of the few fighters who actually made money from the game by visiting the studio and performing motion capture for EA. Until fighters are compensated, he won’t be featured on the in-game roster. Despite the Reebok deal and other lengths the UFC has gone to become more of a legit sport instead of some niche entertainment, it is situations like this that hold them and all of their athletes back. Johnson is just one of the fighters who have stepped up, but it will take many, many more in order to bring about change.