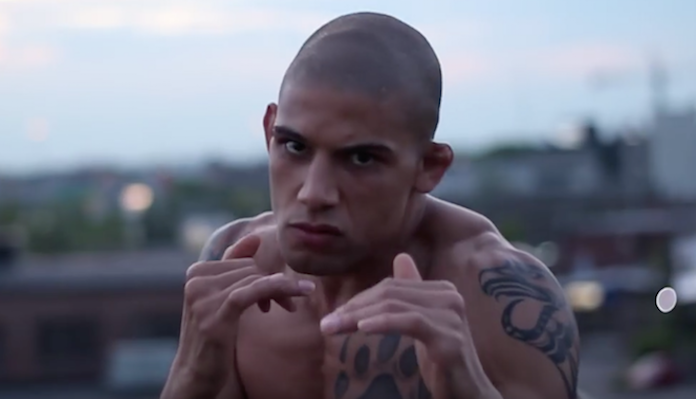 Shortly after he defeated Scotland’s Stevie Ray by decision on the undercard of last weekend’s UFC Fight Night in London, Canadian lightweight Kajan Johnson criticized the fans in attendance for booing.

In a post-fight chat with MMAJunkie, the ever outspoken Johnson elaborated on his gripes with the fans, and blamed UFC President Dana White for the fans’ frequent disrespect of fighters.

“I have a bit of an issue with the fans in mixed martial arts because of the way they treat the fighters,” Johnson said. “In my opinion, it stems from the top. A lot of the time you’ll see Dana White giving the fighters so much grief. If you don’t go out, just sling leather and bleed for them, then he’s talking all this smack. And because the leader of the organization acts like this, then it’s so much easier for the fans to act like this. So it really upsets me, and it’s a huge problem that I have with it.”

While Johnson doesn’t approve of the way White often treats fighters, he does think White would have enjoyed his fight with Ray. The fan boos, he believes, had more to do with the local boy Ray losing a close decision.

“I think Dana probably would have liked that fight,” he said. “He likes when people are fighting with their heart and not just with their skill. I think that’s very easy for fans to understand, whereas sometimes if you’re displaying your skill, you’re reserving your heart. That’s not a card you should lead with. You should use that card when all else fails, but you have to have it. So I think Dana would have been happy because we both showed our heart in that fight. But the fans, I believe, they were just upset with the way the decision went.”

What do you think of Kajan Johnson’s take on the situation?