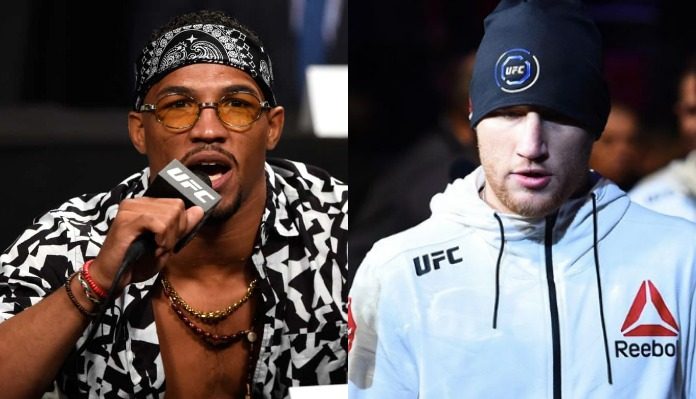 Over the weekend, in the main event of the action-packed UFC Lincoln card, former World Series of Fighting lightweight champion Justin Gaethje authored a violent, one-punch knockout of his rival James Vick.

With this victory, Gaethje served to separate himself from the first losses of his career: back to back knockouts dealt by Eddie Alvarez and Dustin Poirier. The win also helped reestablish Gaethje as one of the lightweight division’s top players, and set him up for more big fights in the near future.

When it comes to Justin Gaethje’s next fight, there would appear to be one truly obvious option. With Khabib Nurmagomedov, Conor McGregor, Tony Ferguson, Anthony Pettis, Dustin Poirier and Nate Diaz all booked, and Eddie Alvarez in the midst of contract negotiations, the best option would seem to be former interim title challenger Kevin Lee. And from the looks of it, Lee is interested in this fight.

Shortly after Justin Gaethje’s knockout of James Vick, Kevin Lee took to Twitter with an emoji-laden but crystal clear reaction to the fight.

Kevin Lee last fought in April, when he mauled Edson Barboza to a fifth-round stoppage. This victory served to separate him from a submission loss to Tony Ferguson, in which he failed to capture the interim lightweight title. Lee is currently 17-3 overall, while Gaethje is 19-2.

While a fight between Kevin Lee and Justin Gaethje makes all the sense in the world right now, it is worth noting that after four fights in 13 months, Gaethje is looking for a bit of a rest. So we’re unlikely to get this fight for at least a few months.

Does a fight between Kevin Lee and Justin Gaethje interest you? Who do you think wins?