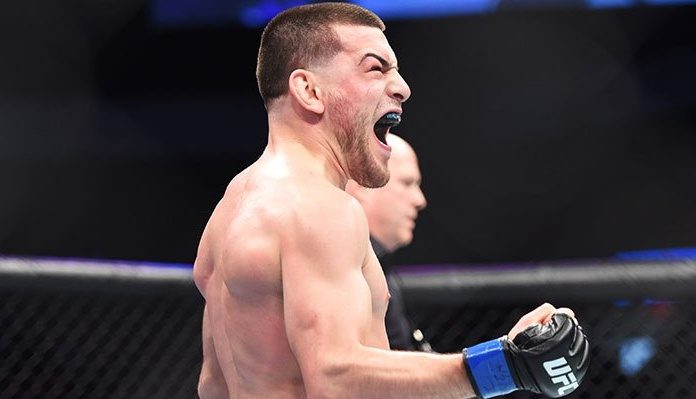 The former UFC flyweight revealed the news in an interview with MMAFighting and says the deal is far more lucrative than his previous UFC contract.

“It’s definitely multiple times more than what I was getting in the UFC,” Torres said. “Not just money wise, but in terms of respect. Brave is respecting me, not just as an expendable fighter, but as an athlete.”

Jose Torres (8-1) was released from the UFC following a purge from the Las Vegas based promotion in their 125-pound weight class. The 26-year-old went 1-1 with the promotion, debuting earlier this year with a TKO win over Jarred Brooks at UFC Fight Night 131. His second fight in the octagon didn’t go as planned. The Chicago native was finished in the first round by Alex Perez at UFC 227.

Despite racking up an undefeated record on the regional scene — including belts in both the Titan FC flyweight and bantamweight divisions — the UFC felt it was time to move on. However finding work outside the UFC may be a blessing in disguise as Torres mentioned there are a number of opportunities that Brave CF is providing him with this new deal.

“It definitely means, for sure, more money, which is amazing, because you never hear people immediately making more money when they leave the UFC,” he said. “If it’s anything, it’s usually around the same. A few here and there make more. I have multiple incentives as well.”

Those incentives include being a broadcast analyst for the promotion and being given around three to four months notice for fights. He also has the option to compete in both the flyweight and bantamweight divisions, something the UFC never warmed up to.

“They’re respecting the flyweights,” he said. “They don’t have an inaugural champ yet. That’s something I want to do, possibly be their first flyweight champion and their first double-weight champion. It shows the UFC isn’t the only promotion. It certainly isn’t the only promotion that’s gonna respect you. You hear about all these promotions coming up. It’s because of the things the UFC is doing and now it’s starting to come to light.”

There’s currently no word on when Jose Torres will make his Brave CF debut or who he will face. Stay turned to BJPenn.com for more updates as they emerge.