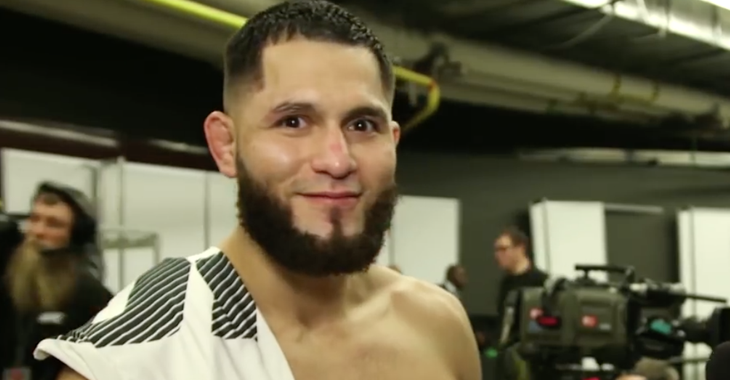 UFC President Dana White was not exactly thrilled with the UFC welterweight title fight between champion Tyron Woodley and challenger Demian Maia that took place over the weekend at UFC 214.

It’s a tough thing to deal with as styles make fights and Woodley executed exactly what he wanted to do in avoiding all of Maia’s takedowns and keep the fight on their feet. However, White did state that the title fight between the two set a record for the least amount of punches thrown in a five-round title fight. White added that he believes Woodley could have turned it up and got the finish over Maia but was unwilling to take the risk.

Following UFC 214, White also stated that he is bringing back the matchup between Georges St-Pierre and Michael Bisping. Prior to the weekend’s pay-per-view event, White was set on “Rush” fighting the winner of the welterweight title fight. However, after the performance from the two welterweights, White reverted back to the original plan for St-Pierre’s return fight against Bisping.

Now, with the rest of the UFC welterweight contenders looking to get their chance at the title with St-Pierre seemingly out of the picture once again, one particular scrapper that would be sure to make for an exciting fight with Woodley made it known on social media on Monday.

#4 UFC ranked welterweight Jorge Masvidal posted a video of his recent finish over Donald Cerrone, who just lost a close three-round fight to former UFC welterweight champion Robbie Lawler over the weekend by unanimous decision. Masvidal said in his post, “I didn’t need 3 rounds. I’m the only guy in the top 5 that hasn’t faced @twooodley and it looks like @wonderboymma is a #faker got his nick name cause he got everybody just “wondering” when he can fight #makeTitleFightsGreatAgain #hoslapseason”

I didn't need 3 rounds. I'm the only guy in the top 5 that hasn't faced @twooodley and it looks like @wonderboymma is a #faker got his nick name cause he got everybody just "wondering" when he can fight #makeTitleFightsGreatAgain #hoslapseason