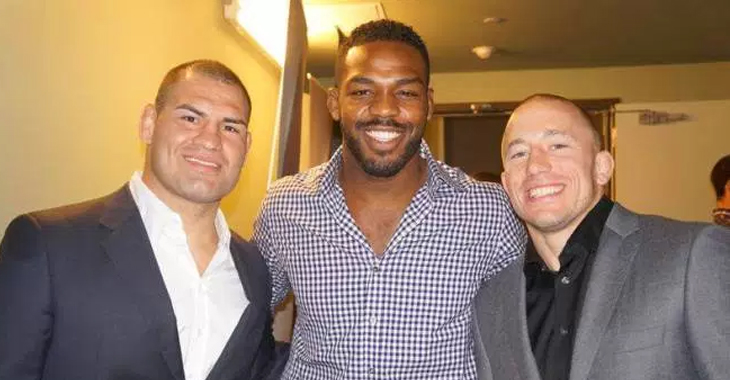 Georges St-Pierre didn’t owe us or the UFC anything, but that didn’t stop him from coming back. The former welterweight king walks back into the Octagon tonight to keep his legacy in contention and to attempt to capture a belt in a higher division he spent years on top of. No doubt it’s a huge fight between St-Pierre and Michael Bisping, so huge that Jon Jones couldn’t resist talking about it. From one greatest-of-all-time candidate to another, Jones sent out a message to St-Pierre ahead of his fight at UFC 217.

Hey @GeorgesStPierre you’ve always been one of my biggest inspirations. Show the world how great you can be tonight. Praying for you It’s great to see mutual respect between two greats. If it wasn’t for his suspension and pending investigation stemming from an alleged anti-doping violation, Jon Jones would still be UFC light heavyweight champion. Regardless of the issues surrounding his career, no question he is one of — if not the — GOAT. Georges St-Pierre’s track record keeps him floating at the top, but to come back after four years and take Michael Bisping’s middleweight belt, that would take even a name like St-Pierre to a new level.

“I am not surprised by [Georges St-Pierre stepping away from the sport]. I understand what Georges is going through. It’s a lot of work and I’m actually happy for him. I don’t think he has much more to prove. He’s been through that division several times and he went out like a champion, on top and on his terms with a good head on his shoulders. I think there’s so many opportunities out there for him, and I’m happy for him. I think he’s been a great example.” — Jon Jones speaking to Ariel Helwani back in 2013.