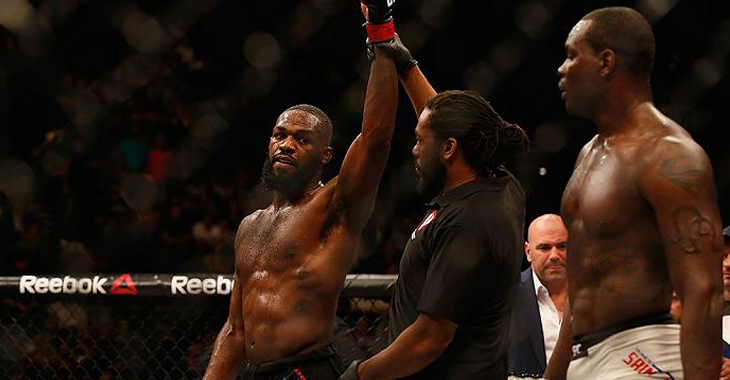 In April of 2016, Jon Jones and Ovince Saint-Preux stepped into the Octagon together to fight for the interim light heavyweight title after light heavyweight champion Daniel Cormier was forced out of the fight on short notice.

Jones accepted a short notice fight against Saint-Preux, something he admitted he normally wouldn’t have done. And proceeded to pick up a lopsided win over the streaking contender. Despite that, many felt as if Jones coasted through the fight, opting to play it safe rather than attempt to finish OSP. “If you put yourself in Jon Jones’ position, he knows that Daniel Cormier’s sitting in that commentary booth, watching him. Paying attention,” Hardy said. “I’m sure that (Cormier) saw that as an opportunity to study Jon Jones before he actually stepped in there and got the chance to fight him.”

“I don’t think he felt particularly threatened by OSP. I don’t think there were many things that OSP brings to the table that are really gonna trouble Jon Jones,” he continued. “So the first thing that stands out, is that it’s a five-round fight. I don’t think Jon Jones would’ve allowed him to get to five rounds, had it been a regular title defense for him.”

“There were also moments where you kind of feel like Jones could’ve stepped out of third gear, and just pick the pace up a little bit, and OSP would’ve fallen apart. And he just didn’t. He kind of held back a little bit.” Hardy also pointed out that Jones resorted to using his normal arsenal of techniques in the fight, rather than presenting different techniques and strikes in the fight for Cormier to potentially study.