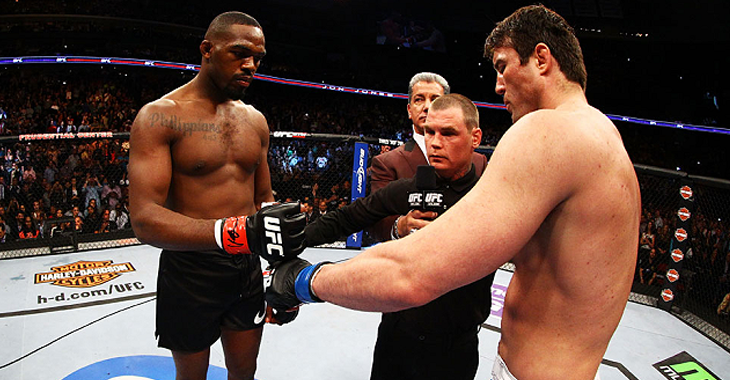 Ever since Chael Sonnen failed two drug tests in 2014, “The American Gangster” has been rather open about his use of banned substances. The former UFC middleweight and light heavyweight title challenger has previously said that he has taken “everything in the world that you can’t take.”

Now, with his former opponent Jon Jones facing his second incident being flagged by USADA, Sonnen questioned Jones’ history of banned substance use on a recent episode of The MMA Hour. “All I can tell you is I had a higher juice concentrate than Tropicana and he pushed me around like Mack truck vs. a Volvo, so I think for the better part of his career, that seems to be how it works,” Sonnen said (transcribed by Alexander K. Lee for MMA Fighting). “I know for me, I know exactly the day I started taking banned substances, but I would never deny it. I’ve been competing since I was nine years old and if somebody wanted to go, ‘His whole career is in question,’ it’s like yeah… If you did a dishonest act, sometimes the most honest thing you can do is just say, ‘Yeah, you got me.’” “I can tell you – and I don’t know what Jon did, I’m speculating off of what I’ve done – if they catch something like that, they missed the good stuff,” Sonnen stated. “So yeah he’s got to deal with this, there’s no contaminated something or anything, (Turinabol) is pretty hard to get and it’s pretty expensive if you do get it. The problem with this one is it’s an illegal drug. People always get confused on a banned substance vs. an illegal (substance); an illegal means if you’re caught with it they will put you in handcuffs.”