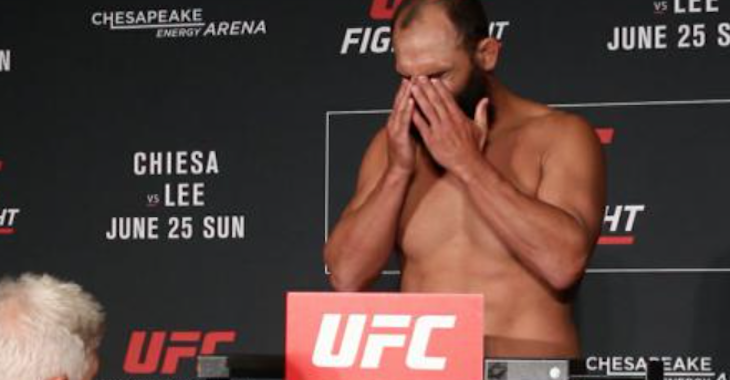 Saturday morning, the fighters of tomorrow’s ‘UFC Fight Night: Oklahoma City’ hit the scales ahead of their scheduled bouts.

Unfortunately for former UFC welterweight champion Johny Hendricks, he once again missed weight for the event, coming in at 188 pound, two pounds over the middleweight limit for non-title fights. This of course marks the third time in Hendricks last 4 fights that he has missed weight. Hendricks previous two weigh-in misses both occurred at welterweight, with this one being his first time missing since moving up to middleweight for his last fight against Hector Lombard. With that being said, Hendricks bout against Tim Boetsch will proceed as planned, with Boetsch receiving 20% of Hendricks purse for the event.