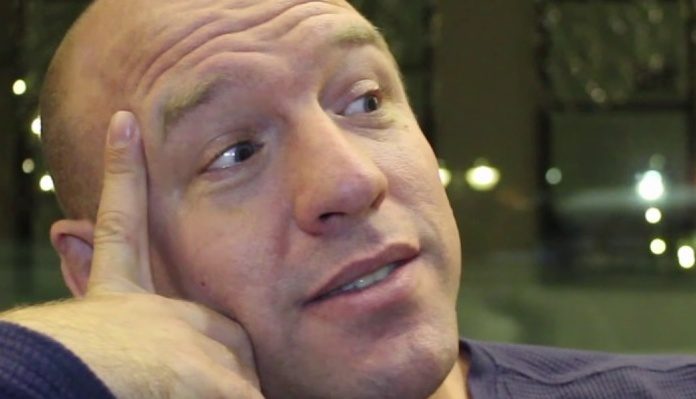 Over the last few weeks, there’s been a scourge of fighters missing weight for high-profile UFC bouts, from Mackenzie Dern, to Darren Till, to Yoel Romero. According to UFC color commentator Jimmy Smith, the solution to this recurring problem is probably tougher punishments for those who miss their marks.

Smith offered up his proposed solution to MMA’s weight-cutting problem during an appearance on UFC Tonight.

Smith is not the only MMA personality to chime in on this problem recently.

UFC welterweight Alan Jouban recently offered a solution of his own on an episode of BJPENN.COM Radio. In his eyes, fighters need to be hit with significant fines when they miss weight.

“Man, you gotta really hit these guys in the pocketbook,” he said. “You gotta say ‘look we’re taking your entire win bonus and giving it to your opponent’ or whatever.”

Bellator fighter and commentator Chael Sonnen also offered a potential solution to this problem. His resembles Smith’s but is undeniably harsher.

“My solution is ‘you’re done, you’re not fighting, go home,’” Sonnen said on a recent episode of his Beyond the Fight podcast. “’You’re cut, you’re released’, however extreme you want to get with it.”

“[Promotions need to say] ’You broke the deal, you cheated, you lied on the contract, and we’re not using you.’ And I agree that, with the plethora of people in MMA that miss weight, sometimes two and three people a night, that that is a significant problem.”

Do you like Jimmy Smith’s solution to MMA’s weigh-in problem? What do you think it’ll take to solve this problem?