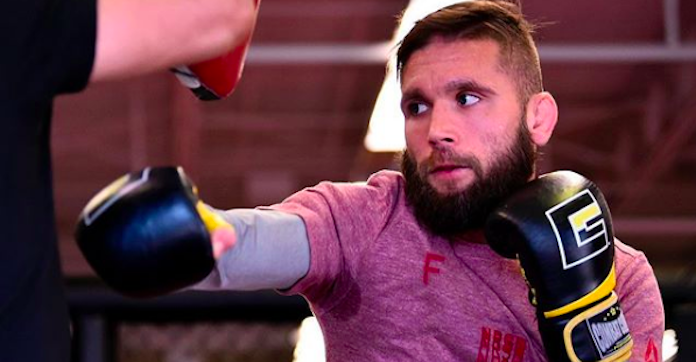 Being a tough person is one thing, but being a fighter is another. Being tough in a general sense and being tough as a fighter is practically an ly different thing, however. But that doesn’t make a fight any less human than the average tough human in another regard.

For UFC veteran Jeremy Stephens, he’s been known throughout his career as one of the toughest fighters in the sport and he’ll admit it himself.

In his 43 fight career, Stephens has only suffered defeat via knockout on two occasions. The most recent time coming in his last fight against Jose Aldo at UFC on Fox 30.

On the cusp of a title shot, the loss was particularly devastating for the man known as ‘Lil Heathen’.

“After the fight, I was looking at my kids who were 9 and 7, and that was when my parents split when I was 8 years old,” Stephens said on Ariel Helwani’s MMA Show. “I was ready to leave my wife, leave my kids and just leave it all. Thinking suicidal thoughts.

“I didn’t really believe in myself. Why should a young kid from Des Moines, Iowa, be a world champion? Right as I was about to get my title break, I would just drop the ball. There was no self-confidence. Those things were holding me back.”

Although Stephens says he never attempted suicide, thankfully, he admitted to having found himself rather dark places at times throughout his life.

Helping get out of that frame of mind, Stephens credits his coach at Alliance MMA, Eric Del Fierro for aiding him to into a mental program at ‘Choice Center’ in Las Vegas.

“People look at us as fighters, and yes, I’m probably one of the toughest dudes you’ll ever meet, but I’ve also been down in the dumps,” Stephens said. “I’m a real human being. I’m a person, I have feelings, I have emotions. Going through this program has really put me on another level mentally. It’s helped family. I’ve seen how it’s affected my relationships and opened me up to a whole new world.”

At UFC 235 this Saturday night Stephens makes his return to the Octagon for the first time since that loss to Aldo. He’ll be taking on the red-hot Russian prospect, Zabit Magomedsharipov.