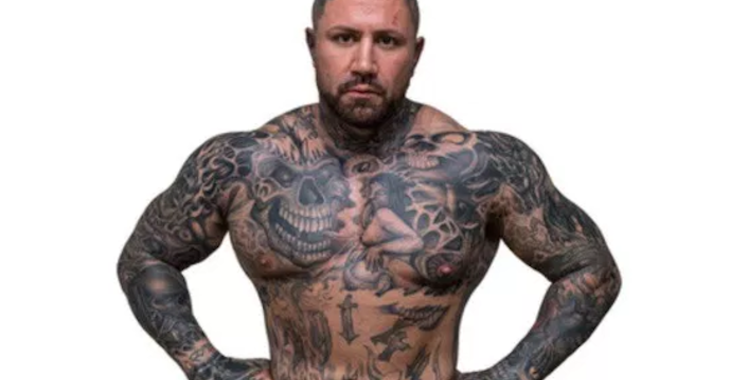 On May 22, M-1 will touch down in Orenburg, Russia with M-1 Challenge 78. At a glance, this is fairly average card, headlined by a Maxim Divnich vs. Daniel Ismalugov lightweight title fight. As Ryan Thomas of CombatDocket.com has pointed out, however, this card’s lineup is marred by the presence of one Frank Kortz, a convicted human trafficker, known Neo-Nazi, and alleged Hell’s Angels affiliate. Kortz will be taking on Nikolay Savilov in a heavyweight bout.

Kortz’s past is oozing with criminal activity. In the mid 2000s, he was jailed for a long list of ugly offences including assault, illegal weapons possession, and most shockingly, human trafficking. According to antifainfoblatt.de, this jail time was not enough to keep the troubled fighter on the straight-and-narrow, as he quickly returned to the criminal activities, slithering back into the brothel business where he apparently worked as a pimp. He has also been connected to the infamous Hell’s Angels.

The points against Kortz do not end with his criminal activities, either. The controversial fighter is said to have ties to the Neo-Nazi movement, and given his many hate-inspired tattoos, he does not appear keen on keeping these alarming connections a secret. As CombatDocket explains, “Kortz has a tattoo of a Swastika, one that reads ‘2YT4U’, which represents ‘too white for you’, and a relatively new tattoo of Thor’s hammer on his skull, which is a known insignia associated with neo-Naziism and right-wing extremism by the Federal Office of Constitution and Protection and police forces nationwide.”

Needless to say, Kortz is not the kind of character that many promotions would choose to align themselves with. M-1, however, does not appear to be too concerned with the fighter’s rather odious history.

Kortz is 2-1 as a professional mixed martial artists. All three of his fights have ended by knockout or TKO.

What do you think of M-1’s choice to sign Frank Kortz? Have they gone too far on their mission to sell tickets?