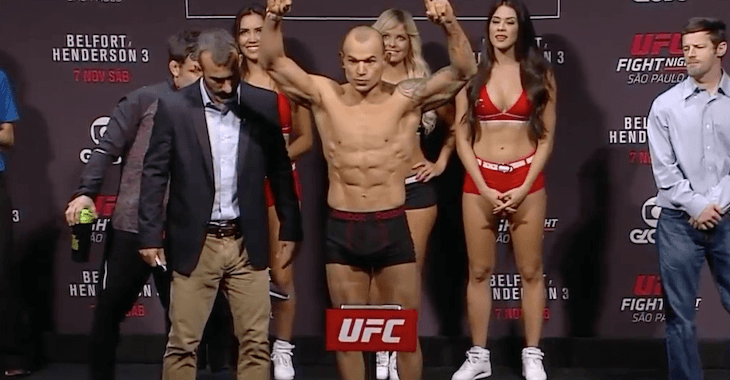 Last year it was revealed that Gleison Tibau had failed a USADA drug test after his win over Abel Trujillo at UFC Fight Night: Belfort vs. Henderson 3. It was then revealed that Tibau failed a second drug test as well.

Tibau was suspended indefinitely while the UFC and USADA attempted to make sense of the situation. Following that Tibau apologized for the infraction.

Now, in an interview with MMAJunkie, Tibau has revealed that he won’t continue to attempt to appeal the failed test.

“I’ll take the minimum punishment under the new rules, which is a two-year suspension. So I’ll take the two years.”

“It won’t do any good to spend all this money, to simply reduce the penalty by three to six months,” he said. “It’s not worth it. The expense is too great to try to appeal this. So I think I’ll end it now.”