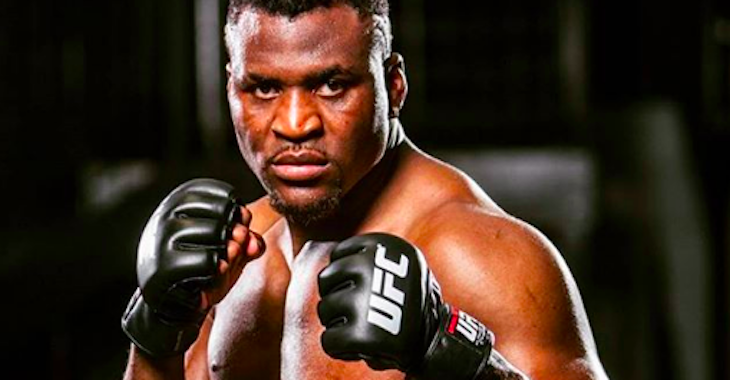 Last night, in the co-main event of the stacked UFC 218, surging French heavyweight contender Francis Ngannou picked up the best win of his career thus far, knocking out the always dangerous Alistair Overeem in the very first round.

With this win, the streaking contender seems to have set himself up for a shot at UFC heavyweight champion Stipe Miocic. Speaking to TSN’s Aaron Bronsteter post-fight, UFC President Dana White confirmed that Ngannou will get the next shot at the belt, and suggested that the fight could headline UFC 220 this January 20 in Boston.

Dana White says there’s a chance Ngannou and Stipe Miocic fight at #UFC220 in Boston and that there are no longer contractual issues with Miocic pic.twitter.com/0gWWt0lzZB

As White explains, if this Miocic vs. Ngannou fight does land in Boston, it’ll take headlining honors over the card’s Daniel Cormier vs. Volkan Oezdemir light heavyweight title fight.

With this crushing win over Alistair Overeem, Francis Ngannou moved to an impressive 11-1 overall. His 6 most recent wins have all occurred in the UFC’s Octagon, where he has levelled Luis Henrique, Curtis Blaydes, Bojan Mihajlović, Anthony Hamilton, Andrei Arlovski and now Overeem.

Who do you think wins a UFC heavyweight title fight between champ Stipe Miocic and surging contender Francis Ngannou? Do you want to see this fight at UFC 220 in Boston?