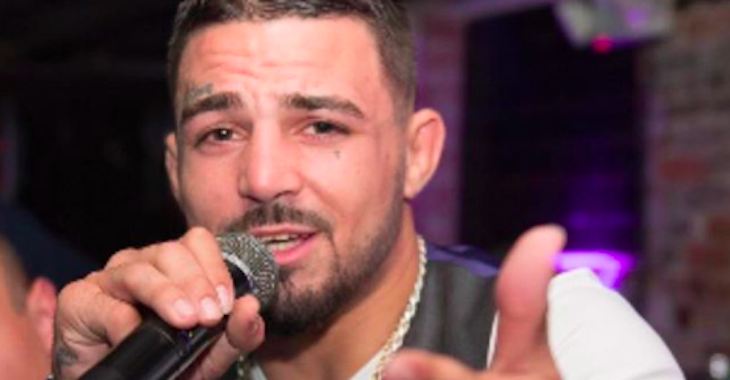 Earlier this month, in the lead-up to the UFC’s recent show in Sydney, Australia, surging UFC welterweight contender Colby Covington had a run-in with former UFC heavyweight champion Fabricio Werdum. Evidently angered by Covington’s controversial anti-Brazil comments, Werdum got physical with the welterweight, and ultimately threw a novelty boomerang at him.

Speaking on the latest episode of BJ Penn Radio, Mike Perry, who is one of Covington’s arch rivals at welterweight, sounded off on this whole ordeal. He assured that, had he been the one tangling with Werdum and his boomerang, things would have gone very differently.

“He showed that he’s a little punk ass bitch, he truly is on the inside, because like I said, once again, it don’t matter who you are, you cannot treat me like that. Fuck that. I’d shove that boomerang right up your ass. But I like Fabricio Werdum.”

Perry then reacted to the news that Covington is pressing charges against Werdum. Unsurprisingly, he’s not impressed by this development.

“Are you kidding me?” Perry said. “No. Don’t press charges. Then you really are such a vagina, man.”

Who do you side with in this Colby Covington vs. Fabricio Werdum ordeal? Do you agree with Mike Perry?