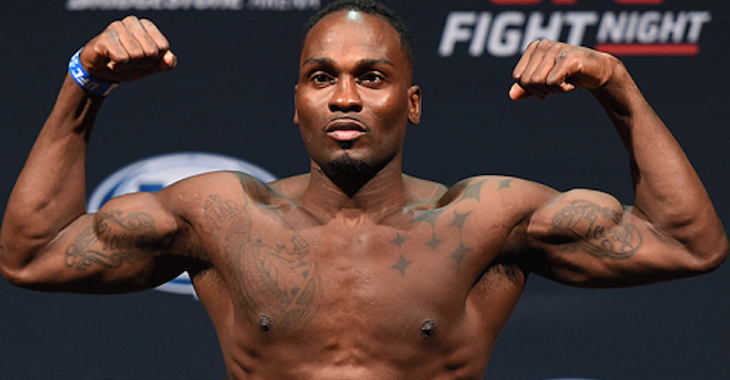 While UFC middleweight champion Michael Bisping is currently recovering from a recent knee surgery following his first successful title defense at UFC 204 against Dan Henderson, he and middleweight #1 contender Yoel Romero have continued to trade barbs in interviews.

Bisping has continued to call Romero a cheater for Romero’s controversial in-fight antics, which include remaining on the stool for much longer than the time given between rounds against Tim Kennedy, dumping water on himself between rounds in order to force the referee to delay the start of the next round to give him more time between rounds, and grabbing the fence when necessary. The above-mentioned incidents, on top of a failed drug test, which was deemed to be caused by a tainted supplement, have given Bisping enough ammo to continue his verbal onslaught of the former Olympian.

On the flip side, Romero has continued to call out Bisping, questioning whether or not the champ really intends on fighting him once he recovers from his knee surgery. Most recently, Romero called into Bisping’s radio show to yell at the champ in quite the rant.

Despite that, UFC President Dana White has confirmed that once Bisping is healthy, Romero will be his next opponent. With that being said, we caught up with UFC 208 co-headliner Derek Brunson, who could very well find himself in the middleweight title mix with a win over Anderson Silva tonight in New York, to discuss how he feels Michael Bisping vs. Yoel Romero will play out:

“I think Romero wins that fight, but Bisping’s no chump. He’s very consistent, he’s very active, high output, and I learned a lot about Michael Bisping watching him and Anderson Silva fight. I was like ‘Damn,’ I was pretty impressed with him. There’s nothing really special about Michael Bisping, he’s just a good fighter who is consistent, and he’s not going to go out there and fold, you’re going to have to go out there and beat him. I wouldn’t put him out of the fight, I just think Romero will win. Bisping definitely has a chance.”

Several fights ago, Brunson was beating Romero through the first two rounds before then being TKOd in the third. Depending on how Silva vs. Brunson, and Bisping vs. Romero play out, fight fans could very well see a Brunson vs. Romero II fight.