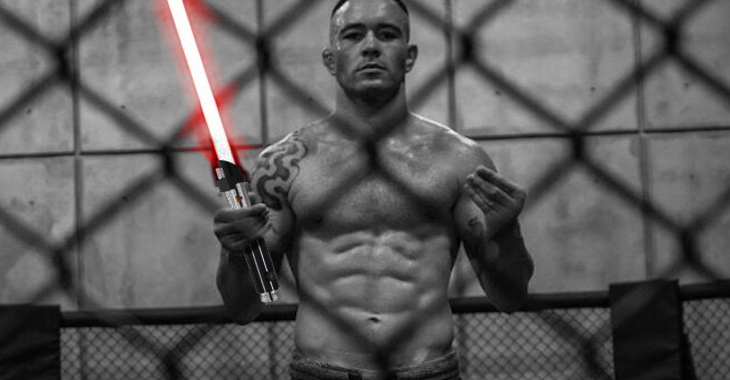 Colby Covington has been at the center of plenty of controversy of late. One of his most controversial moments occured when he took to Twitter with a massive spoiler for the latest Star Wars film. See that spoiler here.

While this Tweet created a tidal wave of backlash – and even resulted in some death threats – Colby Covington refuses to apologize for it. In fact, he believes he did people a favor by spoiling the movie.

“Man, let’s be honest,” Covington told host Jason “Kinch” Kindschy on the latest episode of BJ Penn Radio. “Star Wars is for nerds and virgins. I did them a favor, Jason. They should be thanking me, instead of sending me death threats. And no, I didn’t watch it, Jason. I got laid. I went to Reddit, and all my haters are virgins, so it was an easy way to ruin their pathetic lives.”

“Come on, man. I ain’t got two and a half hours to waste in my fucking life on some retarded movie like that,” he said. “I’d rather just ruin it for all the nerds and virgins in the world. That’s all my haters, anyways.”

Covington then reiterated that he did, in fact, receive death threats from the “nerds and virgins” he offended with this Tweet.

“Yes, I did receive death threats,” he said. “People said they were going to bomb my house in Oregon. People were saying that they hope ISIS burns my family and this and that.

“Yeah, ISIS,” he continued. “They said ‘I hope ISIS burns your family.'”

Where do you stand on Colby Covington’s Star Wars spoiler?

This article first appeared on BJPenn.com on 21/12/2017. Header image by the genius SecretMovesMMA.