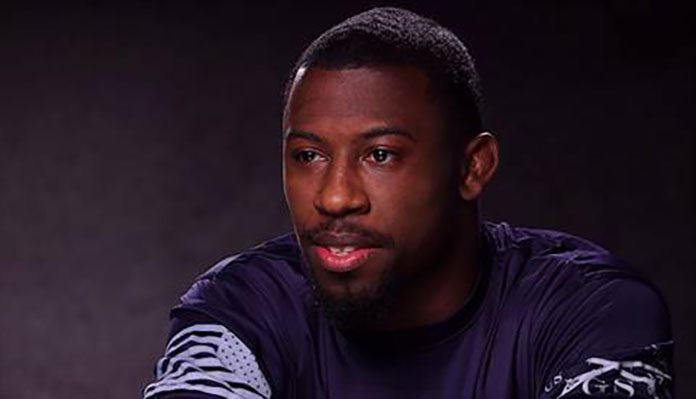 One of the Midwest’s most promising middleweight prospects, Alton “The Bo-Man” Cunningham is ready to take the next step in his young career when he takes on Victor Jones at Pure FC 10 on October 20.

If his name rings a bell, it’s likely you recognize The Bo-Man from his Dana White Tuesday Night Contender Series (DWTNCS) match up with the highly regarded Bevon Lewis. Although Cunningham lost the fight on the DWTNCS, the lessons he learned were invaluable.

“That was a rough fight against Bevon,” Cunningham told BJPENN.COM. “I’m not going to make any excuses about it. I didn’t show up, I blew it on the big stage. I kind of froze up under the bright lights while Bevon was in the zone. Everything felt like a blur in there. I really don’t think I took in that moment. Make no mistake about it; it won’t happen again.”

If it seems like Cunningham is hypercritical of his performance, well that’s because he is. The 25-year-old Pura Vida student believes all the greatest athletes, no matter the sport, share the same makeup and the same, almost, insane desire to win.

“I’m on another level mentally now,” explained Cunningham. “This is a lifestyle for me. If you’re a fighter and you’re taking time off, you’re a step behind me; you’re a step behind some of the greatest fighters in the world that don’t miss days. Look at Aaron Pico; that kid is going to be a world champion. He doesn’t take time off. He’s been training since he’s been 10 or 11 [years old]. Look at TJ Dillashaw, Conor McGregor, Khabib [Nurmagmedov]; those guys stay in the gym.”

The Bo-Man certainly seems to have what it takes to succeed in the sport. But what division will Cunningham be competing in moving forward?

Although historically a middleweight fighter, Cunningham’s next fight, in just three weeks time, will be at 205 pounds. However, Cunningham has some unfinished business at middleweight. And the thought of a rematch with Bevon Lewis gets the blood pumping a bit faster.

“I’m not going to say I’m chasing him, but that’s where he’s at.” Cunningham added, “No crap talking here, its just a competitive thing. Bevon is a frickin stud, and I have nothing but respect for him.”

Let us know what you think. Will Alton Cunningham get his rematch with Bevon Lewis in the years to come?