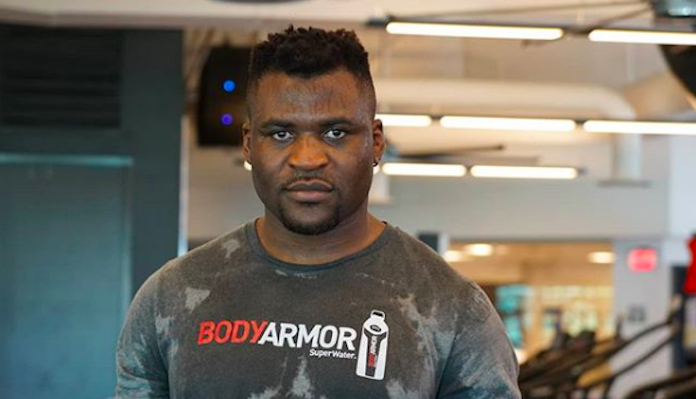 Francis Ngannou entered the UFC in 2015 just five fights into his professional career, and skyrocketed throughout the division due to his performances inside the Octagon. In just over two years upon entering the UFC, Ngannou would go on a six-fight winning streak which would lead him to get a title shot against Stipe Miocic.

Although he would come up short in his attempt at UFC gold, Francis Ngannou showed he could still hang with the very best heavyweights in the world. Following his fight against Miocic, Ngannou would drop his second consecutive fight in a lackluster showing against Derrick Lewis, and then change followed shortly thereafter.

That change would come in a move to the Xtreme Couture gym in Las Vegas, Nevada, and the results have been showing ever since. After moving to Xtreme Couture before a rematch against Curtis Blaydes in November of 2018, Ngannou would go on to reel off three first-round knockout finishes. His recent success led him to a scheduled fight against Jairzinho Rozenstruik on March 28, but that fight has been postponed due to the COVID-19 pandemic.

Behind Ngannou at Xtreme Couture is coach Eric Nicksick who has been working with him for his last two fights and is mainstay coaching figure at the Vegas-based gym. Nicksick recently spoke with BJPenn.com and discussed the changes and improvements Ngannou has made in his game, how he would perform in a boxing ring, and how they’ve dealt with the COVID-19 pandemic postponing their fight.

In his fight against Miocic, there were clear signs of a missing ground game from Ngannou and although he posses remarkable knockout power, Nicksick said making the changes for Ngannou wasn’t going to take much from him.

“It’s not going to take much because we saw what happened when he fought Stipe [Miocic] and that glaring hole. To me, it’s more of a mindset and he can go back to the drawing board and continue to work on the things that he’s really good at already right now, or we can start delving into the stuff that we need to get better at and have this championship mindset.

“If we didn’t work on one more thing that has to do with striking from here on out, I guarantee you Francis Ngannou can still knock out a lot of people in this world”

“Because we all know if we’re gonna go fight ‘D.C.’ [Daniel Cormier] or we’re gonna go fight Stipe, one or the other, there’s a big gap in the wrestling there. How do we close that gap? How do we spend that time that we have, whether we’re in fight or camp, we need to start closing that gap. If we didn’t work on one more thing that has to do with striking from here on out, I guarantee you that Francis Ngannou can still knock out a lot of people in this world. But if we can close that gap in the wrestling and the ground game, just by a little bit, think about how exponential his game is going to jump the next time you see him in the cage.”

With his knockout power and ability inside MMA, Ngannou has also discussed a future move to boxing, a move that Nicksick believes would work out well for him.

"So for us, after his mindset and the way he was speaking to me, I didn't care who we were going to fight I knew the guy was going to be ready"

“It’s funny because we went to dinner before we signed the fight [vs Rozenstruik] just to catch up and chat, and we talked about that. That was an option for him, he talked about that. He looked at the same path that Conor [McGregor] was doing and said ‘Man I might just go out and get my boxing license anyway.’ Because when he set out to become a part of combat sports, it wasn’t necessarily for MMA, he actually wanted to box. I think eventually you’re going to see him test those waters in boxing.

“After what I saw with him and Joe Joyce, I’m very confident that he’s going to do well in that. He’s a superb athlete, he listens well, I think he has the right people around him that he can do whatever he wants. He’s one of the best guys you’re ever going to meet but his athleticism and the way he takes focus now, it’s a championship mindset”

With his immediate future up in the air after the COVID-19 pandemic postponed his fight against Rozenstruik which was scheduled to take place on March 28 in Columbus, Ohio, Nicksick says it doesn’t matter who the UFC puts against Francis Ngannou when things return to action for the promotion.

“You know it really doesn’t matter to me. I’m going to take something that Francis told me, that really blew me away. A few weeks ago we were getting ready and I have a really, really hard Saturday practice, it’s more MMA-cardio rounds and a lot of guys don’t like them. But for Francis he’s kind of been building up that steam and after that practice he said to me

‘Man, I’m not looking past any opponent whatsoever but the tools that we’re building in this cage right now, I’m going to be able to showcase and I’m going to be able to use this time for anybody that comes up from here on out. Whether it’s Stipe, ‘D.C.’, or Derrick Lewis for that matter. I’m building a skill set, I’m not going to waste 8 weeks on just game planning for one opponent, I want to have all the skillsets put together for future opponents that I have.’

“I was really impressed with that,” Nicksick said. “A lot of that has obviously been the wrestling and the ground game and he’s submerged himself to where he’s been turning those negatives into those positives. For us, after his mindset and the way he was speaking to me, I didn’t really care who we were going to fight, I knew the guy was going to be ready.”

The move to Xtreme Couture has seemed to pay off for Ngannou and his career, and in the eyes of Eric Nicksick, there’s plenty more success in his future.