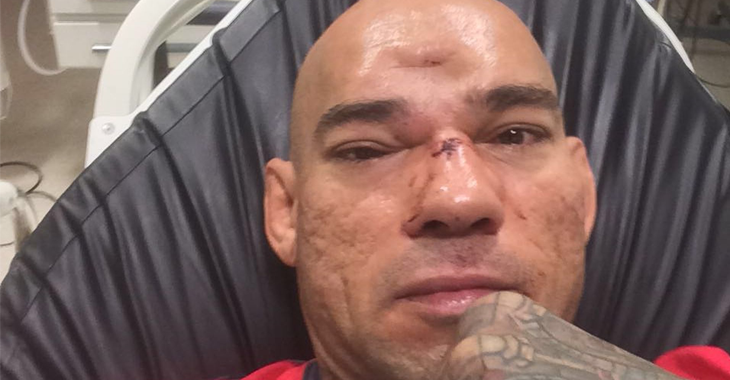 Less than one week ago, Evangelista Santos was on the wrong end of a vicious flying knee KO from Michael Page at Bellator 158. The knee which knocked Santos out, also landed him in the hospital for a fractured skull which will require surgery.

Santos shared horrific pictures of his face, as well as the X-rays, which were then used to set up a GoFundMe by Cris Cyborg, Santos’ ex wife.

In the wake of Bellator MMA announcing that they would be covering all of Santos’ medical costs, Cris Cyborg spoke to MMAFighting to discuss her ex-husband’s plans of returning to the Octagon in just 3 months.

“The first thing he has to do is surgery first and recover very well. You have to be careful. It’s no simple injury. You know you have to put a plate there [gestures at forehead] and you have to wait until your bone covers the plate before you can start back training.”