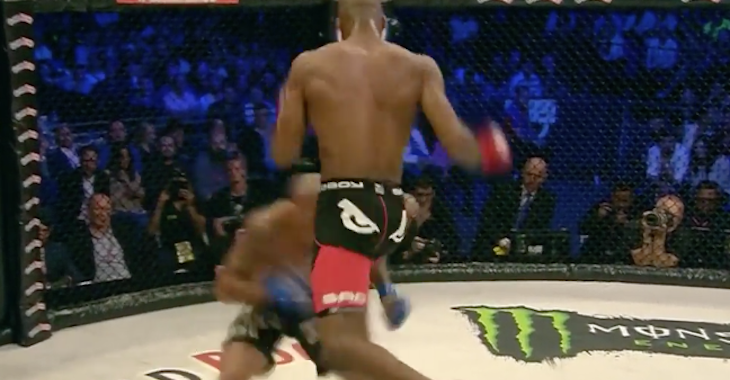 Last week at Bellator 158, Evangelista Santos was on the wrong end of one of the most horrific knockouts in MMA history. In the second round of his scrap with Michael Page, Santos lunged in with a cross to the body. Page countered perfectly with a jumping switch knee that landed clean on the forehead of Santos.

The blow dropped Santos, who fell to the ground clutching at his head in pain. Following the fight, it was revealed that Santos had a fractured skull, and would need to undergo surgery to repair the damage done by Page.

While the knockout was a spectacular one, Page drew some criticism for rolling a Pokeball at Santos after the fight in reference to the recently-released Pokemon Go game.

Now, in his first interview since the knockout, Santos spoke to MMAFighting about the situation:

“Page proved he’s a great athlete, a skillful striker. He doesn’t have a good ground game, and that’s what I was planning on working on in the fight,” Santos said, “but he’s showing to be a douchebag because he doesn’t respect his opponents before or after the fight. He’s using bad people as influences.

“He could become a celebrity with his talent and look up to other athletes, instead of acting like this. This generation looks up to (Conor) McGregor as an influence, and it’s not what being a competitor is about. Throwing things after the fight… Honestly, he’s a clown. The way he behaves is not how a champion should behave. He’s talented, yes. He’s skillful. And he fought a great fight.”