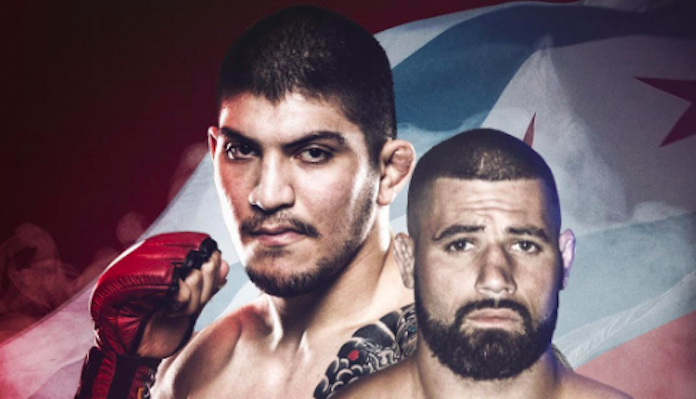 Earlier this month, we learned that Conor McGregor training partner Dillon Danis – the man who helped the Irishman sharpen his ground game in the lead-up his rematch with Nate Diaz – will make his Bellator debut at 198 on April 28. And now, he’s got an opponent for that debut.

Per a Thursday press release from Bellator, Danis will make his MMA debut opposite Kyle Walker, who will be making his Bellator debut. While the expectation was that Danis would debut at welterweight, this fight will be contested at a 175-pound catchweight.

While Danis, who is a decorated BJJ player, has yet to compete in MMA, his opponent Kyle Walker has fought 6 times professionally, amassing an undeniably less-than-stellar overall record of 2-4. While Walker surely possesses the skills required to give Danis problems, Bellator is clearly planning on bringing the grappler up slowly.

Though Danis hails from New Jersey, he will be preparing for his MMA debut at SBG Ireland, where he will train alongside names like Conor McGregor and Artem Lobov.

Bellator 198 will be headlined by the third, first-round bout of the Bellator Heavyweight Grand Prix, which will pit MMA legend Fedor Emelianenko against former UFC champ Frank Mir. The card will be co-headlined by a featherweight bout between rising contender Emanuel Sanchez and UFC veteran Sam Sicilia.

How do you think Dillon Danis will perform in his MMA debut at Bellator 196?