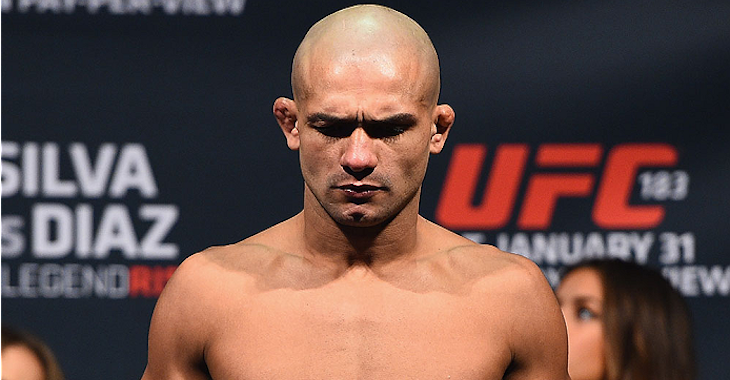 UFC featherweight Diego Brandao has found himself in a world of trouble after an alleged incident in Albuquerque, New Mexico that resulted in his arrest.

Sherdog reports that their sources close to the situation are claiming that Brandao has been released by the UFC.

The UFC has yet to make an official announcement regarding the release of Diego Brandao but did release a statement following his arrest.