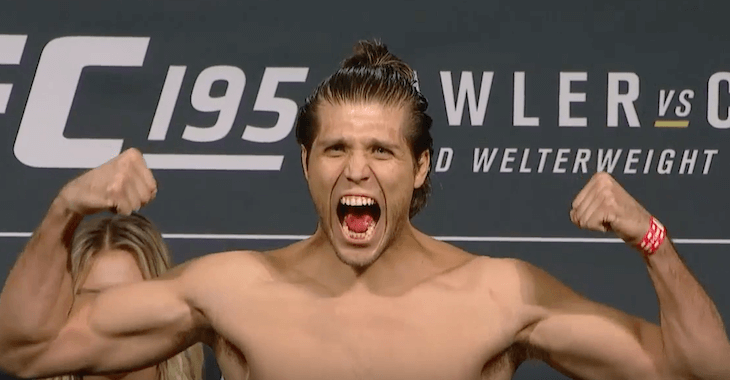 On the heels of Abel Trujillo’s quick 1st round submission win, Diego Brandao and Brian Ortega took the Octagon.

The pair spent the most of the first round trying to gauge distance, with neither fighter really able to land any big punches. While no major blows were landed, Brandao appeared to be getting the better of the exchanges.

Ortega looked to be getting his timing down in the 2nd round as he seemed to begin to keep Brandao at bay by utilizing his range.

In the 3rd Brandao secured an early takedown, but was unable to do anything with it. He went for another takedown immediately after Ortega scrambled to his feet, however Ortega was able to stuff the takedown and secure a triangle choke to win the fight!