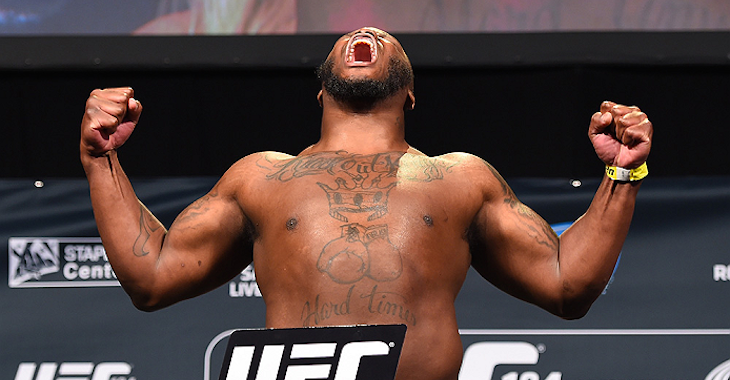 Derrick Lewis (16-4 MMA) was hoping to get a fight against former champ Fabricio Werdum at next month’s UFC 203 event, this after Ben Rothwell was forced to withdraw from the cards scheduled co-main event with an injury.

Unfortunately for “The Black Beast”, UFC officials opted to give Travis Browne the opportunity to rematch Werdum in the co-headliner of UFC 203 in Cleveland.

However, according to Lewis the UFC has already found him his next opponent, as he posted to Instagram that he will be fighting Marcin Tybura (14-2 MMA) at October’s UFC Fight Night event in Manila, Philippines.

“The Black Beast” is currently riding a four-fight win streak, with 3 of those 4 victories coming by form of knockout. Lewis’ most recent effort came at last month’s UFC Fight Night 90 event in Las Vegas, where he scored a split-decision victory over Roy Nelson.

Who do you have winning this heavyweight contest? Sound off PENN Nation!