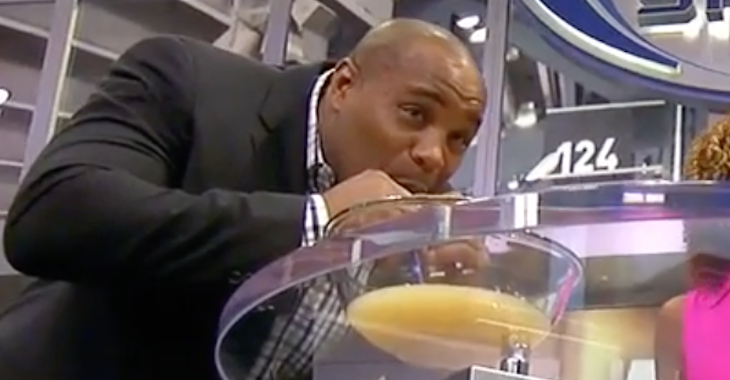 Daniel Cormier may be in the process of beginning his dieting to get down to fight weight for his upcoming UFC 206 title fight rematch with Anthony “Rumble” Johnson, but that didn’t stop him from salivating at the thought of Quebec’s famous regional cuisine.

The former heavyweight-turned-light heavyweight has been known to enjoy eating between fight camps, and was delighted at hearing how Poutine is made.

But “DC” won’t be able to enjoy such dishes of gravy, cheese and French fries, as he prepares to make weight for his UFC 206 title fight rematch with Anthony “Rumble” Johnson on December 10.

While Cormier defeated “Rumble” in the third round of their UFC 187 fight, Johnson has been on an absolute tear ever since the loss to “DC”. “Rumble” has scored three brutal knockouts over the likes of Jimi Manuwa, Ryan Bader, and most recently a 13-second KO of Glover Teixeira at UFC 202 in August.

“Rumble” even had his moments against Cormier in their first go-around, knocking the champ down with an overhand just 30 seconds into the fight.

Meanwhile, DC has fought twice since defeating Johnson, with a close but entertaining decision win over Alexander Gustafsson and a dominant victory over Anderson Silva at UFC 200. “The Spider” had stepped in for Jon Jones on short-notice to fight Cormier, this after “JBJ” was pulled from the milestone event for a USADA violation.

But the light heavyweight champ began his career fighting much larger men at a higher weight.

Back in Strikeforce, where Cormier won the promotion’s heavyweight Grand Prix, “DC” defeated the likes of Antonio “Bigfoot” Silva and Josh Barnett before making his way to the UFC and eventually the 205-pound weight class. Cormier and “Rumble” will throw down again at UFC 206 on December 10 at the Air Canada Centre in Toronto.

Will Cormier once again defeat the ever-dangerous Anthony “Rumble” Johnson and retain his light heavyweight belt? Or will “Rumble” become the first man to finish Daniel Cormier with strikes? Sound off, PENN Nation!