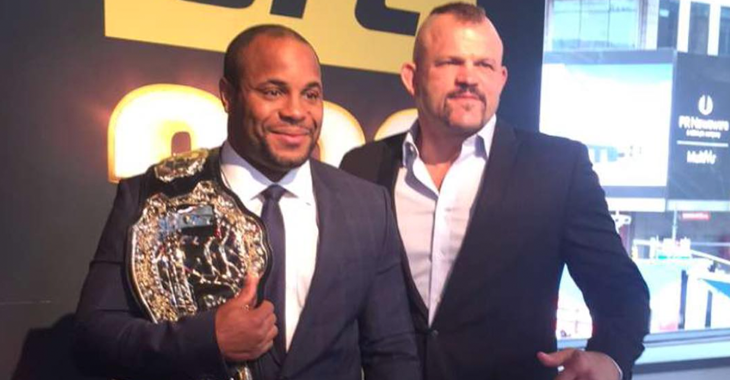 Liddell has gone on record to say that he is not a fan of Jones’ fighting style and said that he would have knocked Jones out back when he was in the prime of his career.

Jones took offense to the statement and threw his own jabs in at “The Iceman,” but the two ultimately squashed their feud at a UFC event.

However, now that Jones is set to face Daniel Cormier in the main event of UFC 200 for the undisputed UFC light heavyweight tile, it looks as if Liddell is rooting for Cormier. At least that is what Cormier is portraying in his recent Instagram post.

Cormier posted a photo of himself and Liddell with the caption saying, “Feels good to know the iceman @chuckliddell has my back! @ufc 200 #andstill #iceman #legend #sprawlandbrawl #wrestlinginreverse”

Feels good to know the iceman @chuckliddell has my back! @ufc 200 #andstill #iceman #legend #sprawlandbrawl #wrestlinginreverse

Who are you rooting for in the light heavyweight title battle at UFC 200? Let us know who which team you are on by leaving a comment!