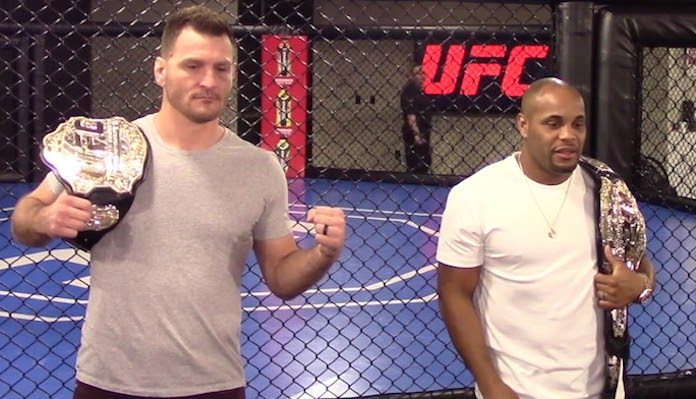 “I think he’ll be the best,” Cormier said on the UFC 226 conference call this week (transcribed by Damon Martin for MMANytt). “He is who he is for that reason that he’s the baddest man on the planet. They call the heavyweight champ the baddest man on the planet and for a long time, guys got to have that title for a short period of time because they would get knocked off.

“Stipe has proven that he can sustain his success and also we got to watch him from day one,” he continued. “You watched a guy that went to war with [Joey Beltran]… Stipe went to war with him, and as he continues to fight, you see him evolve. That’s why I’m fighting him.”

Cormier continued, riffing on the scale of his upcoming challenge:

Do you think Daniel Cormier can defeat Stipe Miocic at UFC 226 and add another belt to his crowded mantle?