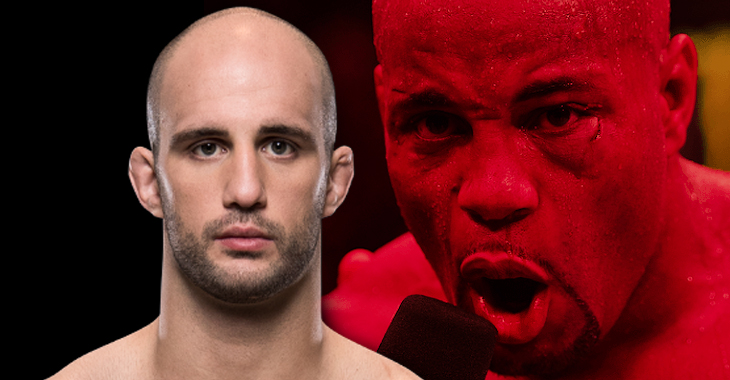 Ever since Volkan Oezdemir won a social media poll put on by Daniel Cormier, he’s been slated to get the UFC light heavyweight title shot. It was teased and talked about until finally it was reported to be in the works for UFC 220 by MMA Kings. Everything seemed like it was set until Oezdemir had an altercation at a bar that seemed to put everything in jeopardy. Dana White assured us that the plan was to keep on trucking with the event as planned and it looked like everything worked out. Just a few minutes ago on UFC Tonight, Daniel Cormier opened up the broadcast with the official announcement. “I’ve been waiting for the final go ahead. Obviously this throws a wrench into those plans, when we see what happens to Oezdemir. It’s kind of all fluid right now because we’ve got to see what happens with this guy. […] [Volkan Oezdemir] is on the longest win streak in the division so he was getting the title shot but if this trouble is gonna’ keep him out of the opportunity, I’ll just go to the next guy. So of course I’d fight Gustafsson and someone told me yesterday that Team Ovince Saint Preux was like, ‘We want a title fight because we’ve got a good winning streak too.’ Whoever is winning gets the title shot, that’s just the way it is. I don’t care who it is.” — Daniel Cormier speaking on on The Anik & Florian Podcast.

Volkan Oezdemir has rocketed up the rankings faster than any other UFC fighter not named Conor McGregor. While it’s hard to believe, he’s just made his UFC debut this year and he’s already got a shot at Daniel Cormier’s light heavyweight title. Oezdemir has gone on record saying he will knock Cormier out in the first round, while the champ hilariously told the surging contender to ‘keep dreaming’. Cormier has dealt with extremely powerful punchers before in Anthony “Rumble” Johnson, we’ll get to see if he has an answer to “No Time” in Boston on January 20th when the UFC will counter-program Bellator’s opening of the heavyweght grand prix and Rory MacDonald’s welterweight title shot.