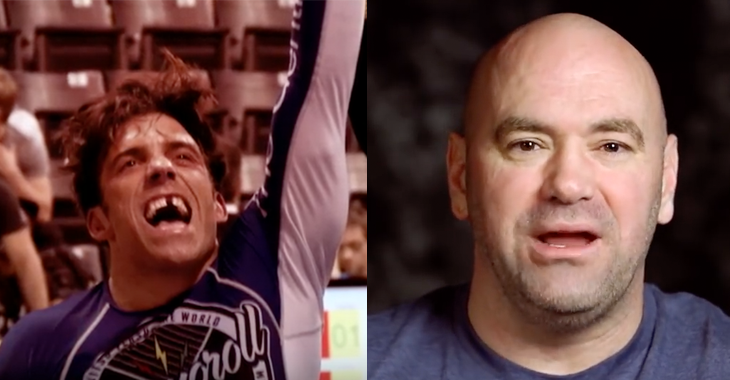 Many fans were questioning what happened to the very amusing “Nick the Tooth” character that started the “Dana White: Lookin’ for a Fight” YouTube series.

Former UFC welterweight champion Matt Serra spoke with Bruce Buffer on his “It’s Time” podcast and went into the details of the history of “Nick the Tooth” and the show.

“People been asking me about that, “Nick The Tooth.” ‘Why is he not on the show anymore?’ I mean, I don’t know if you wanna go down that path but I’ll talk about it if that’s what you want to get to.

“You can get his side, you know what it’s weird with “The Tooth” because we had such a great chemistry on the show. He’s a little bit of a whacky guy but I think that’s what made the show very interesting you know because he’s a whacky guy. And, every time I’m leaving an episode, I’m liking the guy. I’m thinking we’re getting along great, I’m thinking things are going good. Then, I get a follow text, like in other words, weird stuff Bruce.”

Serra went on to talk about the show where he and “The Tooth” had a grappling match, which turned out to be much more of an incident than anyone expected.

“So we end up grappling,” Serra told Buffer. “Went to a jiu-jitsu school and we had a little match. What would happen? What happened was what I expected to happen. Of course I’m gonna tap the guy like a typewriter. But, I mean, who expected anything different? Not me.

“I go home after the episode and I get a long-winded text saying, ‘I just want you to know it was a pleasure, it was an honor, but I have to let you know that I cannot let that air. It’ll bring shame to my professors.’ ”

Serra went on to say that he ended up sending the text to Dana of what “The Tooth” had said and Dana was upset that “The Tooth” was trying to call the shots.

After that settled down, another incident happened between White and “The Tooth” that caused everything to blow, which Serra explained to Bruce.

“I go, ‘What? What the hell happened?’ He goes, [“The Tooth and I] almost got into a fistfight at an Agent Orange concert,’ or something.

“The guy attacked me, this f–k. Not only that, he goes to Dana, ‘I want you to admit that you guys really didn’t really get tased and I [was the only one that] got tased or else I’m walking off the show.’”

“You know I think the guy just has a problem with the whole reality tv thing,” said Serra. “He did tell me before he’s not used to it. And we can’t be held hostage by some nut, when every time we shoot something we’re going to be worried he’s going to walk off the show.

“So Dana goes, ‘Man what do we think? Who you think?’ And we were going over some options and then out of nowhere I thought of my buddy Din Thomas. We’ve got good chemistry, he’s a funny guy. We have some history where we fought and now we’re buddies.”