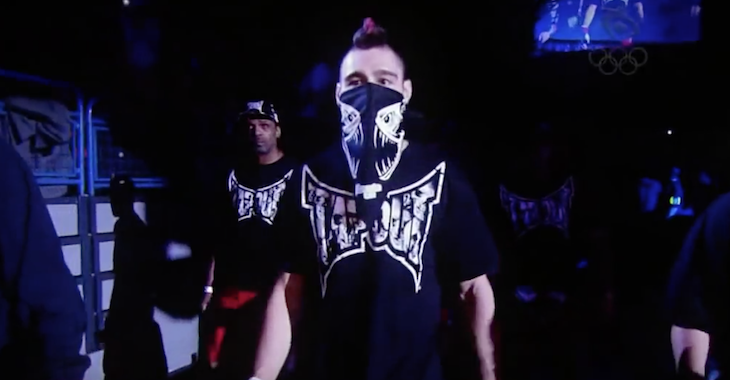 UFC veteran Dan Hardy, who was recently cleared to return to the UFC after being sidelined with a heart condition for nearly 5 years, found himself in the crosshairs of Bellator MMA after he questioned the legitimacy of the Bellator 170 Chael Sonnen vs. Tito Ortiz fight.

At a recent press conference, Bellator MMA President Scott Coker alluded to Hardy’s comments, stating that if people question the legitimacy of Bellator’s fights, Bellator’s parent company, Viacom, could get involved with their legal team.

During a recent appearance at Cage Warriors 80, Hardy spoke to MMAJunkie about the situation:

“There’s been nothing,” he said. “I made my stance clear. I put out a very flippant tweet. Sometimes I forget I’m a UFC analyst, and I think I’m just an MMA fan, and my first gut instinct is just to put out something stupid and kind of funny to get a reaction.

“I was disappointed in Chael’s performance. That was the bottom line. And I went on Ariel (Helwani)’s show, I went on a few others and discussed it, and made my point clear.”

“I think Bellator (officials) know that I wasn’t attacking them directly,” Hardy said. “I don’t think they had any kind of involvement. Personally the onus falls on Chael because he just didn’t show up to fight, in my opinion.

“And I was disappointed for Tito, as well. Obviously he got the win that he wanted, but I think he was disappointed that Chael didn’t give him the fight he’d showed up for. Tito looked in great shape.” Dan Hardy then changed gears, praising Bellator MMA for their talent pool, while questioning why the promotion doesn’t promote their other fighters more.

“The other thing that frustrates me, as well, is Bellator have got so much talent on their roster!” he said. “Why are we watching these old relics battle it out in main events? I want to see the talented fighters that they’ve already got competing.