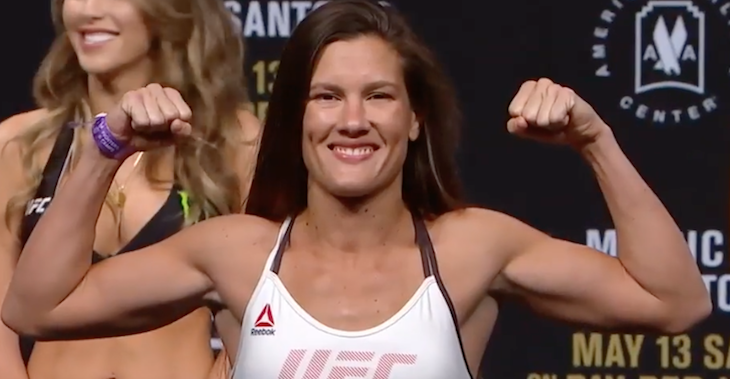 Ultimately, Casey wound up picking up the unanimous decision win, however it was rather short lived as reports have since emerged that the win was overturned this week due to Casey failing her drug test.

MMAFighting is reporting that Casey had elevated T:E ratio, and is suspended for 3 months per the Texas commission due to the fact that a high T:E ration doesn’t necessarily mean PED usage. Casey’s levels were 5.4:1, 1.4 higher than the limit in Texas.

“We have not been informed by USADA of anything regarding a potential anti-doping policy violation for Cortney Casey,” Novitzky said. “No positive tests, no suspicion of anything — now or in the past. USADA has not been in contact with us about anything at all related to that.”

The three month suspension handed to Casey by the Texas commission will of course be honored by other commissions, meaning despite her team not being notified by USADA of a violation, she will indeed be suspended for three months. With that being said, Casey was handed an extremely minor medical suspension following her win over Aguilar. Per the Texas commission’s medical suspensions, she would have been eligible to fight on May 23rd. With that suspension she will now be sidelined until August 23rd.