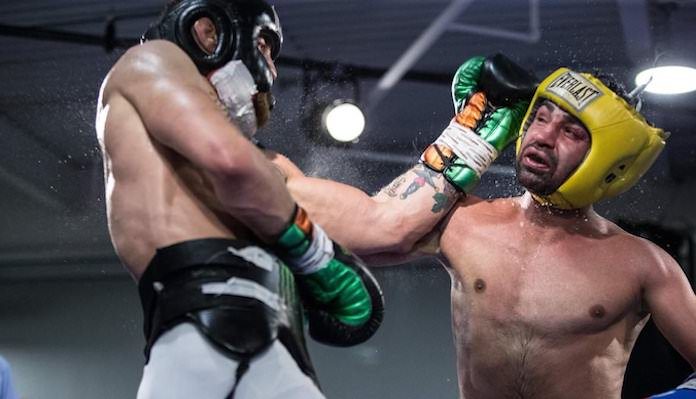 Paulie Malignaggi was originally supposed to be an ally of Conor McGregor. The retired boxer was brought into the Irish mixed martial artist’s camp to help him prepare for his August 2017 boxing match with Floyd Mayweather Jr.

Unfortunately, the pair’s relationship quickly curdled when McGregor and co. began bragging about an alleged knockdown he scored on Malignaggi in a sparring session. Feeling as though he had been misrepresented, Malignaggi packed his backs, and left McGregor’s camp.

Since then, the pair have engaged in multiple social media skirmishes, and even a few face-to-face encounters. Paulie Malignaggi claims that this is because, in actuality, he whooped McGregor so seriously in the gym that he damaged the Irishman’s pride. He thinks McGregor is haunted by him.

“His pride is hurt,” Malignaggi said on SiriusXM Boxing this week, discussing a recent Tweet in which McGregor reminisced about the infamous knockdown (transcript via MMA Fighting). “He still thinks about the beating he caught, every day, in the gym last year. He had four seconds of highlights and it’s burning him inside that he only has four or five seconds of highlights in 36 minutes. He thinks about me every single day. His personality, his behavior pattern is very consistent with this. A year later he is still Tweeting about me. A few months after we sparred he put his only highlights on the documentary of his that came out as well. He’s really, all by himself, coming up with these ideas to think about Paulie Malignaggi.

“I feel bad. I hurt his pride, I hurt him as a man,” he continued. “Sure, he gets his feelings up and his hopes up when all his pussy fans get his back on social media and believe his four seconds of highlights, that gets his hopes up. He needs a pick-me-up so he’ll post a Tweet every once in a while about me just to give himself a little pick-me-up just so his fans can tell him, ‘Yeah, Conor! You’re the man!’ But when he lays his head on the bed deep at night, he knows he’s one of combat sports’ biggest pussies and that’s the problem. He knows who he is inside.”

While Paulie Malignaggi is clearly not a Conor McGregor fan, he thinks the Irishman ought to appreciate what he has rather than linger on the past. His life, after all, is pretty darn good.

“Somebody’s gotta remind him that he made $100 million,” Malignaggi said. “Someone’s got to remind him that he’s living the good life. He just had a baby. He had a lot of things that really should distract him to not think about Paulie Malignaggi. You make $100 million, you have a couple kids in the past year, you’ve got a documentary that came out, you just signed a big fight – I don’t know. I really feel bad for him.”