The mega-money fight between Floyd Mayweather and Conor McGregor is set to take place on August 26 at the T-Mobile Arena in Las Vegas, Nevada.

With two of the biggest stars from the world of boxing and mixed martial arts ready to clash in the boxing ring, many are expecting McGregor to be the much heavier man come fight night. With a slight height and reach advantage, many may think “The Notorious” will put back on quite a few pounds after cutting to make the 154-pound weight limit. However, McGregor’s nutritionist George Lockhart revealed that isn’t the plan for this fight taking place in the boxing ring.

“With an MMA match, wrestling, (jiu-jitsu and) having someone on top of you, weight matters – with wrestling it does have a huge effect,” Lockhart said to MMAjunkie. “With boxing, I believe speed is key. If I’m bigger than you but can’t hit you, it doesn’t make a whole lot of difference. Not as much grappling, the referee pulls you apart as soon as that does happen. I want to make sure the fighter is lower in weight, the cut is not as big and the reload is not as much.”

McGregor has fought at 145, 155, and 170 pounds in the UFC and has picked up victories in all three divisions. “The Notorious” is the first and only fighter to ever hold two UFC division titles simultaneously and is still the current UFC lightweight champ. Given the difference in preparation for his professional boxing debut against Mayweather, who many consider the best fighter of his generation, Lockhart says McGregor’s weight cut and what he will gain back after the weigh-ins will be a walk in the park for this bout. 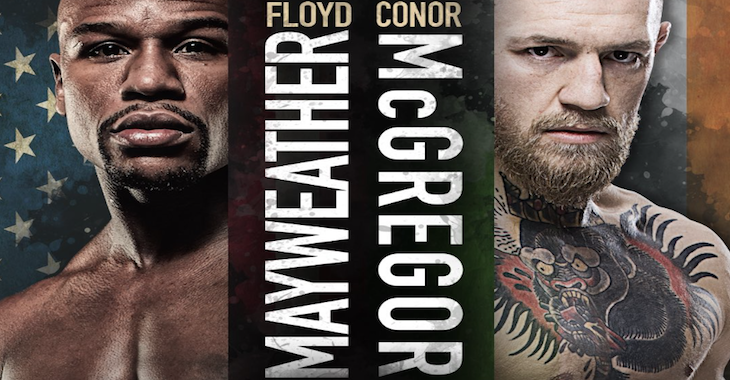 “For an MMA fighter to reload, they’ll gain 15, 18 pounds, which gives them that advantage (on fight night),” Lockhart said. “Boxing, I want him actually walking in close to weight the week of the fight. Walking in, weighing in and maybe gaining a couple pounds after that.”

Does the weight strategy for Conor McGregor make sense for his boxing bout with Floyd Mayweather? Let’s discuss this in the comment section.