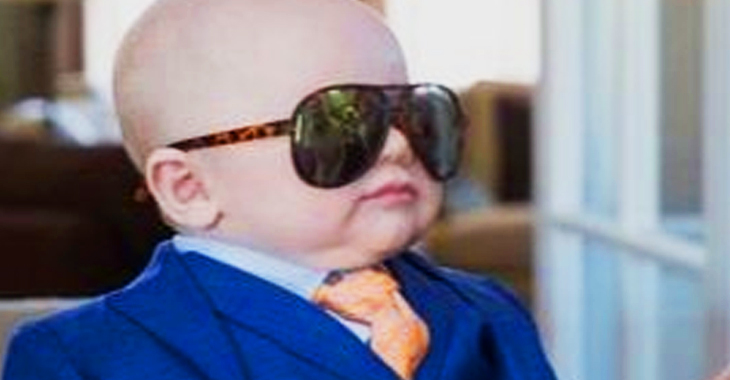 Ever since Conor McGregor’s little 8lb 14oz at t baby has been born, the Champ Champ has been carrying him around like a football wherever he goes. Conor Jack McGregor Jr. even has his own Instagram account with over 75K followers. McGregor seems like a dutiful father who intends on letting his little one see all the lights and splendor of the life he’s earned through his unprecedented 4-year run in the UFC and now his fight with Floyd Mayweather. He even put his baby into a “tree” piece suit, just like dear old dad. The pictures, of course, are both adorable and hilarious.

Never too early to own your first #DavidAugust suit (especially when you look so good in it). #ConorMcGregor @TheNotoriousMMA pic.twitter.com/vGmBzhP96G

But then, Verne Troyer came out of nowhere:

Me and @TheNotoriousMMA‘s son bout to have the fight of the century pic.twitter.com/nDH0eFo0uA

It’s the original Mini-Me from Austin Powers running a challenge down the pipe to Conor McGregor’s heir.  Now that’s the fight of the century. Verne Troyer better be careful, of course this joke is all in good fun, but with the way they threw every rule out the window and rolled out the red carper for McGregor and Floyd Mayweather, the WBC and commission may approve a fight between Troyer and a baby. Who knows, McGregor is a smart man. Maybe he and Troyer can collaborate on some more custom suits like the one he got made by David August for his baby.

Verne Troyer wasn’t the only one who had jokes, check out some more posts below.