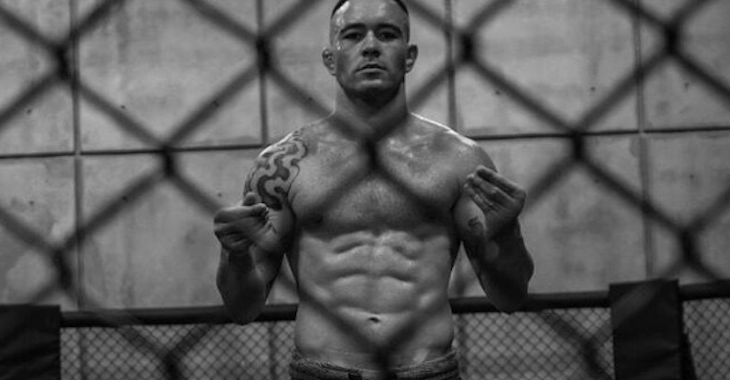 You and I are destined to do this forever. That’s what the Joker said to Batman in Christopher Nolan’s acclaimed film The Dark Knight. This seems to be the same message that Colby Covington wants to send to UFC welterweight champion Tyron Woodley. He’s been calling him out and calling him out over and over to no avail after beating Demian Maia. Now, potentially being passed up by Rafael dos Anjos, Covington isn’t about to back down. If the UFC needs to sell tickets and rack up pay-per-view buys, Covington claims they have to put him in the fight.

“I just don’t get why they want to do [Rafael dos Anjos]. It’s not a money fight. Tyron [Woodley] wants to be the hero, so if he wants to be the hero, he needs to come fight me. I’m the villain. I’m the bad guy of the division. I’m the most hated guy in the division. If you want fans to like you — fans hate Tyron right now, because he’s being fake. He’s being two-faced. He’s saying all this stuff and he doesn’t really mean it. He’s not being truthful. That’s why the fans are liking me right now because what I’m saying is real. […] I just don’t get why he doesn’t see that I’m the money fight. He’s not going to get [Nate] Diaz, he’s not going to get [Georges St-Pierre], Conor [McGregor] isn’t even in question.”

“Woodley just set the record for least amount of strikes ever thrown in a fight. Now you’re going do the least amount of pay-per-view buys ever in the history if they do Woodley versus RDA. Woodley doesn’t want to fight me because he doesn’t want to deal with the embarrassment of me taking everything he has in front of the whole world. […] He’s trying to piggyback on all the star cards. He wants to be on this summer card with [Daniel Cormier] and Stipe [Miocic] because he’s not a pay-per-view draw. No one wants to pay and watch Tyron fight. If they’re going to pay to watch Tyron fight, I guarantee right now, his best numbers will be against Colby ‘Chaos’ Covington. The blood we have, it’s real beef. This isn’t any manufactured, fake drama. He’s actually a b-tch and I hate the guy.” — Colby Covington speaking to MMA Junkie radio.

Another key line of Nolan’s blockbuster was, ‘you either die a hero, or live long enough to become the villian.’ Has Tyron Woodley really become the despised person Colby Covington paints in the eyes of the fans? Or is this just more mind games the surging contender is playing? Just like the the dark world of Batman’s Gotham City, the good guys and bad guys always seem to blur. One thing is certain, Covington isn’t going to let up until he gets what he wants.