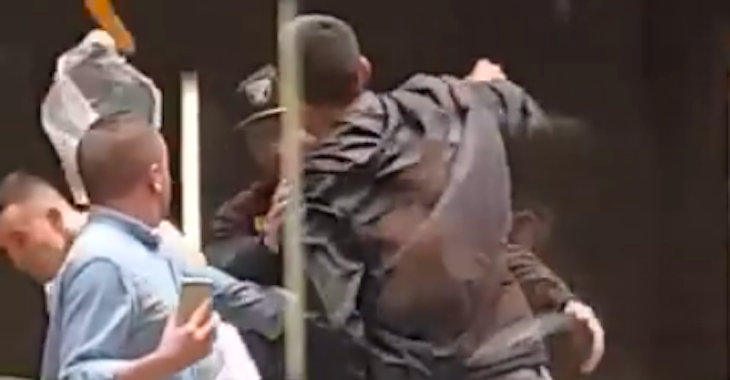 The exact events of this encounter are not known. Covington claims Werdum punched him. Werdum, meanwhile, claims no punch was thrown. What is clear, however, is that Werdum hit Covington with a boomerang he’d been given by an Australian fan – which was enough for Covington to press charges.

Speaking at the UFC Sydney post-fight press conference, UFC vice president of international content Dave Shaw explained that at this point, it’s too early to draw conclusions on this unfortunate incident.

“From a company standpoint, we’re still collecting as much information as we can,” Shaw said in a press conference at Qudos Bank Arena following UFC Fight Night 121. “We’ve spoken to Werdum and his team. We spoke to Covington. We spoke to the hotel security. We spoke to police.

“So we are not at a point to make any conclusions yet. It’s just too early. There’s still a process that we need to go through. And, listen, at this point, it’s in the hands of the New South Wales Police. I think Werdum is going to have some conversations in the next few weeks at least with them.”

Fabricio Werdum’s anger with Colby Covington stems from Covington’s controversial anti-Brazil comments, which occurred in the moments after his career-best October victory over Demian Maia.

Covington doubled down on these comments in the video of his run-in with Werdum.

“F*ck Brazil. F*ck Fabricio Werdum. Little b*tch ass,” he said. “F*ck Brazil. A bunch of filthy animals. And they wonder why they get talked to like that. Because they’re a bunch of animals.”

What do you make of this drama between Fabricio Werdum and Colby Covington?