It is safe to say that Colby Covington is not a fan of Brazil.

The current UFC interim welterweight champion made headlines last year in Sao Paulo, this after he called the country a “dump” and referred to the Brazilian fans as “filthy animals” in his post-fight speech following a lopsided decision in over Demian Maia.

“I should have knocked him (Demian Maia) out. Brazil you’re a dump! All you filthy animals suck! I’ve got one thing to say.. Tyron Woodley I’m coming for you! If you don’t answer the front door, I am going to knock it in and take what’s mine, that welterweight belt!” – Colby Covington

“Chaos” would later issue what he called a “formal apology” for his comments (see that here), but for obvious reasons, the “apology” was not well received by Brazilian fans.

Covington was most recently seen inside the octagon last month at UFC 225 in Chicago, where he captured the UFC’s interim welterweight title by defeating former lightweight title holder Rafael dos Anjos via unanimous decision. 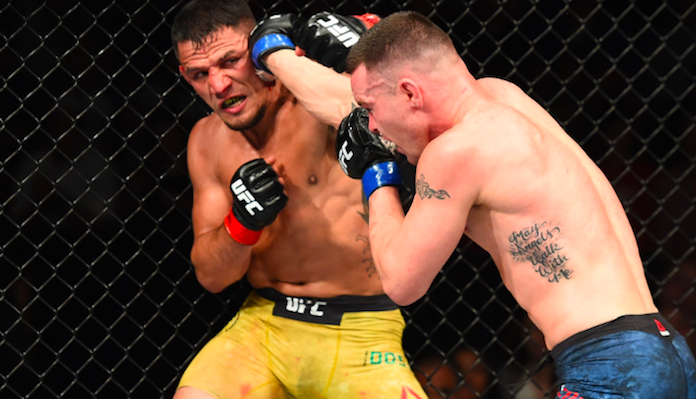 Colby’s impressive victory over the Brazilian (RDA), followed by some post-fight trash talk, only caused his rivalry with Brazil to escalate.

Covington added fuel to that burning fire on Friday when he shared the following reaction to Brazil’s 2-1 quarterfinal loss to Belgium at the FIFA Wold Cup on Twitter.