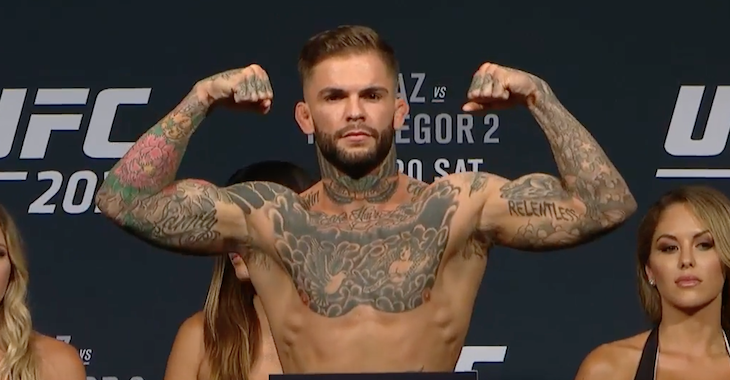 Garbrandt was later interviewed backstage by the UFC where he issued the following message to Cruz:

“No Love” also took to Twitter where he sent out this message directed at the current 135-pound champ:

Do you want to see Cruz and Grabrandt square off for the title next? Sound off PENN Nation!