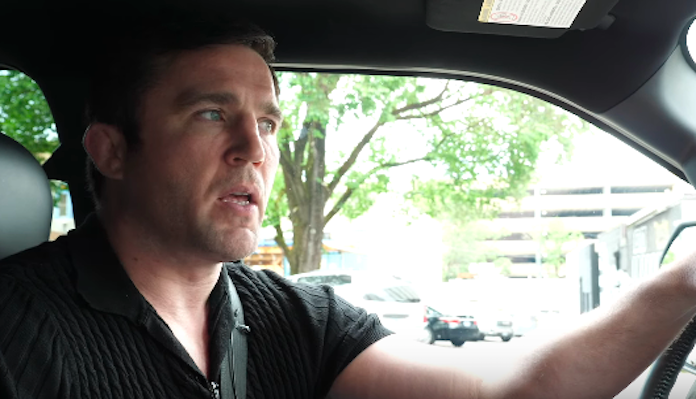 On a recent episode of his Beyond The Fight podcast, MMA analyst and current Bellator star Chael Sonnen delved into the UFC’s extremely controversial choice to cut featherweight prospect Yair Rodriguez.

While Sonnen had nothing but praise for Rodriguez’s ability, he understands why the UFC had to cut him. Apparently, it all comes down to a UFC policy that all fighters are made aware of. He says Rodriguez violated this policy by turning down two fights.

“Dana [White] has to do that,” Sonnen said of the UFC President’s decision to cut Rodriguez. “He has to make sure, maintaining the integrity of his company, that guys are fighting the right guys. I want to explain to you how this works, because I don’t think anybody ever has. Now, this is the UFC policy. This is not a law of any kind, but this is a policy that is explained to all of the guys on the roster from the beginning. You will be called [with] an offer to fight. You can say no to the first fight, but you cannot say no to the second fight. So you play that however you want. You can say no once, you can’t say no twice. [Former UFC matchmaker] Joe Silva put that in place I don’t even know how long ago… a decade? A decade would be a fair guess by me, if not longer.”

“In Yair’s case, when he turns two guys down, well yeah, of course you release him. There’s nothing else you can do.”

While Sonnen understands why the UFC cut Yair Rodriguez, he also surmises that the UFC might have been looking to make an example out of the featherweight.

“I’m sure there’s a little bit of a backstory,” he said. “I’m sure — guessing — that this has been a little bit of a problem that’s going on in the back. Somebody has to be publicly be the guy that actually gets his termination papers to let everyone else know ‘hey that policy about you being able to turn one guy down is in place, and it’s going to be followed.'”

What do you think of Chael Sonnen’s take on the Yair Rodriguez situation?