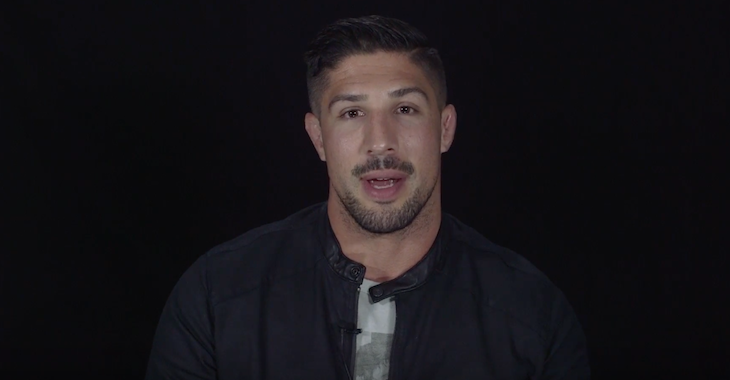 This week, it was confirmed that Floyd Mayweather and Conor McGregor would have their highly anticipated boxing match on August 26th at the T-Mobile arena in Las Vegas.

Immediately fighters, fans, and analysts began to give their predictions for the fight, with ESPN First Take host Max Kellerman boldly proclaiming that Conor McGregor wouldn’t land a single punch on Floyd Mayweather. After praising McGregor for his ability to knock fighters out while moving backwards, Kellerman continued:

“I’m a big McGregor fan, and if he had been boxing this whole time maybe we’d be having a different story, but you ain’t gonna pick it up in 3 or 6 months, and hit Floyd [Mayweather]. Let me tell you what’s going to happen. Conor McGregor will not land a single punch against Floyd Mayweather. Not one punch.”

That didn’t sit too well with former UFC heavyweight Brendan Schaub, who decided to offer Kellerman a bet on his bold claim:

Let me tell you! I Guarantee Conor lands not only a punch but wins rounds. Matter of fact I would be willing to bet 100k on it. Would you @max_kellerman? #repost @espnfirsttake ・・・ "Not one punch." -Max

At the present time, Bovada has the odds surprisingly close, with Mayweather being a -500 favorite, and McGregor being a +350 underdog. To simplify the above numbers, it would take a $500 bet on Mayweather to potentially win $100, while a $100 bet on McGregor would potentially win you $350 if he manages to hand Mayweather his first professional loss.

Should Kellerman of course accept Schaub’s bet, the former UFC heavyweight could very well find himself winning a considerable amount of money if McGregor manages wins a round against Mayweather given the fact that odds of the Irish superstar not landing a single punch, as Kellerman predicted, are slim to none.