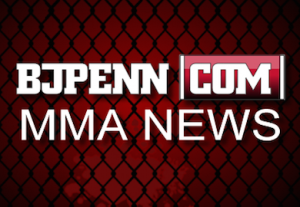 Marlon Sullivan is an NFL agent and manager of boxer Karim Mayfield, who fights tomorrow night on HBO. Sullivan was arrested Wednesday morning on charges related to the arrest of California State Senator Leland Yee.

Here are some of the details of Yee’s arrest thanks to San Francisco Magazine.

“Yee told an FBI agent to give him a shopping list of guns: “Senator Yee asked [the agent] to provide an inventory list of desired weapons […] [The agent] told Yee he would deliver $2,000,000 cash.””

“Yee could arrange from some serious firepower: “[The agent] asked about shoulder fired automatic weapons. Senator Yee responded by saying the automatic weapons are the equivalent to the “M16″ Automatic Service Weapon […] [The agent] asked about the availability of shoulder fire missiles or rockets. Senator Yee responded ‘I told him about the rockets and things like that.'”

These are just a few of the details related to Yee’s arrest, the list of allegations goes on for a while in the complete affidavit.

Sullivan was arrested for allegedly being involved in a murder-for-hire plan, as well as dealing with firearms without a license and conspiracy to distribute narcotics.

Thanks to Deadspin, we have some of the details of Sullivan’s alleged involvement.

“Sullivan—try to keep up—is a friend of Brandon Jackson, the son of a political consultant to Yee, and is accused of selling weapons and body armor to an undercover FBI agent, purportedly to raise money for Yee. He is accused of providing the agent with fraudulent credit cards, the keys for which he had purchased with Bitcoins from a supplier in Russia.”

“On another occasion, according to the affidavit, Sullivan “described their narcotics trafficking including transporting marijuana to the East Coast and Tennessee. Jackson and Sullivan were interested in [the undercover agent] assisting them by providing transportation assistance and suppling them with cocaine and/or other ‘hard drugs’ to sell on their established routes.””

“The affidavit also describes Sullivan agreeing to carry out a murder-for-hire plot, which he said would be “easy work,” and added “I will put eyes on the guy and have my boy knock him down.” Sullivan is then accused of surveilling the potential victim at a restaurant to gain a physical description.”

If you want to read the full affidavit for Yee’s arrest check it out here. The whole thing is insane and unbelievable.