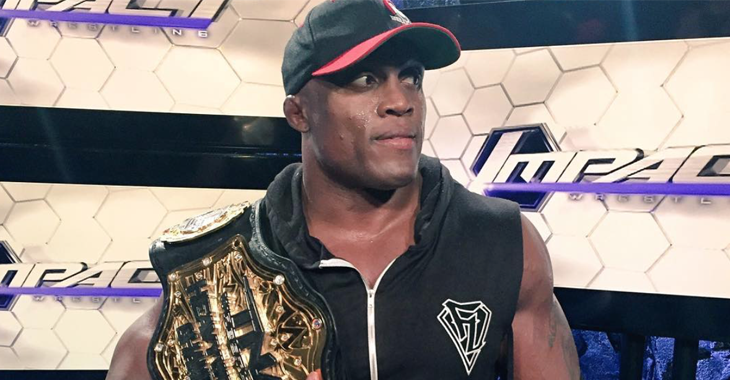 Now that Fedor Emelianenko is signed to Bellator MMA, there are a quite a few matchups to be had for “The Last Emporer.”

With his bout against Matt Mitrione falling out at the last minute with “Meathead” having to be transported to the hospital for issues from kidney stones, it is likely we will see Emelianenko and Mitrione compete on another date. Although nothing has been official for Emelianenko and Mitrione as of yet, current heavyweight TNA professional wrestling champion and Bellator fighter Bobby Lashley says he hopes to get a chance to compete against Fedor. “I think every heavyweight wants to get the opportunity to fight Fedor Emelianenko before he completely retires,” Lashley recently told MMAjunkie. “That was one thing that I was hoping to get early on.”

With Bellator saying they have plans to reschedule the bout betweem Emelianenko and Mitrione, Lashley says he has no problem waiting in line to fight “The Last Emporer.”

“I have all the respect for Mitrione; I think Mitrione is an incredible person,” Lashley said about the former UFC fighter. “I like that fight with Fedor, but I know they’re still going to give Mitrione the opportunity to fight him. After he fights him, hopefully they open the doors for me.”

With Lashley drawing an audience from both the worlds of professional wrestling and mixed martial arts, we will see what Bellator has planned for the heavyweight. Lashley is set to compete at Bellator 179 in London on May 19 in London with his opponent yet to be announced.

How do you see the fight between Fedor Emelianenko and Matt Mitrione going? Do you think Bobby Lashley will get his chance to compete against Fedor in Bellator? Let’s hear what your thoughts are in the comment section on the two potential bouts for Fedor Emelianenko!